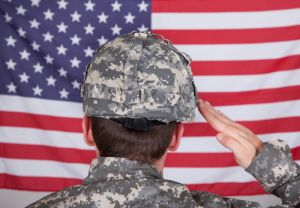 A few weeks ago, we discussed the story of Margaret Doughty, the British woman applying for U.S. citizenship who cited conscientious objection to military service on secular grounds. (Doughty was eventually granted exemption on her own terms.) Now humanists are contesting the United States military's policy on military chaplains, arguing that it discriminates against non-religious and non-theistic organizations. Just as it supports exemptions to military service on secular moral grounds, the Universal Life Church also supports the right of humanists to serve as military chaplains alongside their religious peers.

Currently, the only way humanists can become chaplains in the U.S. military is if they obtain an endorsement from a religious organization. "Chaplain Mitch", an anonymous military chaplain who spoke with The Washington Post, became a chaplain through a Christian organization, but since then has come to identify as humanist. He said he would like to change endorsements from a Christian to a humanist organization to better represent his belief system, but doing so would strip him of his title, since the military does not recognize chaplains endorsed by humanist organizations. "My whole being as a chaplain is to serve the needs of the soldiers and to ensure that, religious or not, what they need is provided for," he told the Post, adding that "allowing humanist chaplains would validate the life system and the ethics of thousands of soldiers who already identify as nonreligious and feel themselves patriotic individuals." ULC ministers and others who become a minister online can identify, since they too have traditionally experienced discrimination.

This prejudice toward non-religious individuals runs deep in the United States government. In June, two members of Congress proposed an amendment to a bill allowing the military to appoint chaplains from humanist and other non-religious organizations, but the amendment was ultimately rejected after an angry furor erupted. 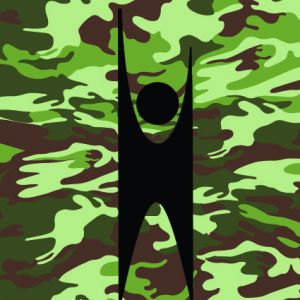 Despite this setback, humanist chaplains are seeing greater acceptance in the general public, as are practices like online ordination. The Dutch and Belgian militaries employ humanist chaplains, while in the U.S. there are full-time chaplains at several universities, including Harvard and Stanford, as well as a growing number of hospitals.

The number of military service members who identify as non-religious is growing, too, showing a need for chaplains who share their values and beliefs. At 13,000, the number of atheist and agnostic service members exceeds the combined number of Hindus, Muslims, and Buddhists, although these latter groups all have military chaplains. Jason Torpy, president of the Military Association of Atheists and Freethinkers, told the Post that "[t]he military includes atheists, humanists and people with non-theistic perspectives and the military currently has no way to service them". Thus, if the United States government is to treat all of its service members equally, regardless of religious affiliation, it must open its ranks to chaplains endorsed by non-religious organizations, just as it should treat as equal those who become a minister online.

Ideally, humanist chaplains would not have to lie to themselves by going through a religious organization to serve members of the secular community. By allowing its military to reject chaplain endorsements from secular groups (as well as religious groups like Wicca), the United States government appears implicitly to violate the First Amendment to its own constitution. Given their own experience with religion-based discrimination, ULC ministers and others who "marry and bury" using an online ordination can understand where people like Chaplain Mitch are coming from.