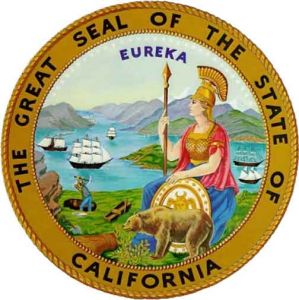 Universal Life Church ministers have faced an uphill struggle in getting their legal online ordinations recognized locally in places such as Washington, DC and Virginia, but the struggle does not end there; many ministers have also experienced difficulty setting up their own churches, due largely to legal church status, constitutional law, and local zoning regulations. One of these ULC ministers is Robert Seals, who operates the Goddess Temple sanctuary in the Sierra Nevada foothills east of Chico, Butte County, California. After neighbors started complaining about how Seals was using his property, county officials cited Seals for building and land-use violations. The conflict between Seals and his neighbors perfectly illustrates the limitations on religious freedoms, and how these must accommodate the freedoms of others.

The complaints started soon after Seals held his Earth Dance Festival last year at the temple, drawing over five hundred revelers and stirring up enough noise and dust to cause neighbors in the Santos Ranch area to contact county officials. Neighbors questioned whether Seals had the proper permits to host such a large assembly on his property, and some even argued that they were unable to sell their houses because of the goings-on at the sanctuary. It was not long until the Code Enforcement Division of the Butte County Department of Development Services issued Seals a violation notice. Since that time, he has agreed to postpone future Earth Dance Festival celebrations, and is now using his facilities which include giant sculptures of a lizard and an imposing goddess figure, which he crafted himself, as well as numerous large buildings and landscaped gardens to officiate modern wedding ceremonies and to host seminars, workshops, and funerals. The grounds, which are open to the public, have also been the site of environmental and spiritual activism workshops.

Seals was initially discouraged by the complaints and averred that his religious freedoms were being unfairly restricted, citing the Religious Freedom and Land Use Act. "I didn't think government could place restrictions on a religious organization, preventing them from assembly", Shannon Rooney of the Chico News Review reports him as saying when he completed the paperwork to turn his property into a modern interfaith church. According to Rooney, he has shown effort in appeasing his neighbors' interests while defending his right to exercise freedom of religion. In order to do so, he has hired an agent, Michael Evans, who has over thirty years' experience in land-use regulation. The complicated legal process will involve a draft environmental assessment for Seals and his neighbors to review, which in turn will be subject to a thirty-day public review, followed by a final decision by the county planning commission.

How far may a church go to exercise religious freedom? In Seals's words, Rooney reports, "At first, I was kind of angry about it . . . . I thought they [neighbors and government officials] might be invading our rights". But freedoms are limited, and they must accommodate other freedoms. Consequently, a church does not have the freedom to exercise its religion insofar as this imposes on the rights of others. This is why rowdy church picnics and popular exurban megachurches pose a problem, since they either disturb the peace of neighbors or threaten the preservation of rural land meant to be enjoyed by all. (Read our entry on zoning laws, church rights, and places of worship.) Moreover, why should the law favor one freedom over another? Most likely Seals realized this when he found out the Religious Freedom and Land Use Act does not allow religious organizations free rein without considering noise ordinances and environmental implications.

But Seals himself already seems to recognize this important compromise, stating, "People say they feel good here they feel centered," acknowledging that he moved to the area for the peace it offered. "I have to respect that the neighbors want to enjoy that peace, too."

Satisfying both religious rights and the right to peace and a healthy environment is indeed a delicate balancing act, just as is any other conflict between rights. Rural religious retreats run by well-meaning nondenominational clergy members can affect the surrounding community in the most unexpected ways. Ideally, we would be able to arrive at an easy resolution each time, but this proves to be a daunting task. What is most important is to recognize when one group's rights prevail tyrannically over those of another, and how this imbalance can be avoided.

Let us know your thoughts: should Reverend Seals's Goddess Temple be a no-holds-barred religious refuge, or should it accommodate the rights and interests of the surrounding community, at least insofar as the activities affect others?