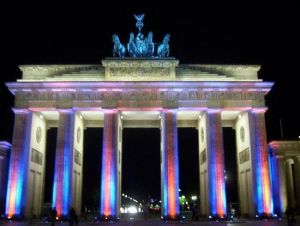 Drawing the line between restricting and preserving religious freedom often proves a daunting task for modern democracies, which tend to rely on constitutional law in order to protect the cherished rights and freedoms of the people. The aim of democratic lawmakers is usually to accommodate the freedoms of an individual insofar as these do not impinge on the freedoms of other individuals. It is under just such a proviso that the higher administrative court of Berlin ruled that a Muslim high school student did not have the freedom to pray in a special room on school property, since this would unfairly accommodate one religion over another. The case shows just how nuanced the issue of religious freedom can be, and how an ostensible freedom can, ironically, turn out to be a form of discrimination, thus demanding a totally neutral environment.

The problem arose when the principal of a Berlin high school forbade a Muslim student from praying in the hallway between classes. The student argued it was his religious freedom to pray five times daily morning, midday, afternoon, evening, and night as prescribed by the Koran. When the principal, Brigitte Burchhardt, held her position, the student took the matter to court. A lower Berlin court ruled in favour of the student in 2008, forcing the school to accommodate the student temporarily with a special prayer room during which he could pray between classes, and at the end of September, 2009, the city's lower administrative court ordered that the arrangement be made permanent in order to protect the student's religious freedom. The municipal education authority appealed this ruling, however, citing state religious neutrality and school peace. A higher administrative court supported these objections and overturned the previous ruling, stating that "a restriction of religious freedom at school was justified in this case in order to protect other constitutional freedoms" such as religious freedom for other students as well as an educational experience devoid of religious tension. This verdict, in turn, will likely be appealed in Germany's Federal Administrative Court.

Should schools allow students private prayer rooms in order to protect their religious freedom, or should students be denied such arrangements in order to protect the religious freedom of others? On one hand, one might argue that Burchhardt made a big deal out of nothing when she confronted her pupil over praying in school hallways apparently, the student was observing his religious rite without bothering others. If he were kneeling down, making a display, and obstructing the hallway, this would arguably interfere with other students' right to a peaceful education, but if he were praying silently with his head inside his locker door, it is hard to see how this is foisting one's beliefs on others. On the other hand, attempting to resolve this dilemma by setting aside an entire, separate room for one student's religious observances actually seems to exacerbate, rather than mitigate, the problem by creating a special space which shows unfair preference. After all, if a Muslim student deserves a special prayer room, why should Roman Catholic, Protestant, or Lutheran students, or students of some other Christian denomination, not be allowed a special prayer chapel, and why should pagans, Wiccans, and others who follow earth-centered religions, not be accommodated with a special sacred grove on the school playfield? Accommodating one religion ultimately opens up a Pandora's Box, as it were.

It is for this reason that complete secularism is perhaps the wisest route to take in order to achieve religious neutrality in public, government-sponsored education. A discreet prayer inside a locker door does not seem to interfere with anybody else's rights, but if even this little act is unacceptable, it does not seem any more neutral to set aside an entire facility for one student's religion. The problem with school accommodating religion has become apparent in the United States, where conflicts have arisen over universities accommodating evangelical student groups which violate school policy by excluding gays and lesbians. Such problems would be avoided, however, if schools simply told students that they have the freedom to exercise their religion off school property, at church, mosque, or synagogue. Every freedom has a designated zone in order to accommodate the freedoms of others protesters have designated free-speech zones which allow presidents and prime ministers access through the crowd in their cavalcades; similarly, religious organizations have the freedom to exercise their religious rights on their own property, whether church or private home, and on public property such as parks, where they can even give sermons as long as they are not interfering with the activities of others.

This compromise should be breezily straightforward and easy, but proves too often to be obscured by selfish personal motives which lack a wider, diplomatic perspective. Hopefully, though, it will serve increasingly as the standard against which opposing interests are weighed and balanced. The interfaith and ecumenical Universal Life Church Monastery has always supported both freedom of and from religion we take it for granted that every individual has the right to exercise their faith freely unless it interferes with another's freedom from religion. As mentioned, the fate of the higher municipal court's verdict may still lie in the hands of an even higher federal court, but, as always, we invite our ordained priests and ministers to offer their input on the matter: in order to maintain religious neutrality, should Berlin enforce the accommodation of all religions in school, or none at all?