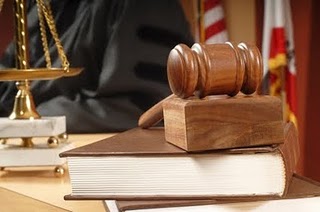 The Universal Life Church Monastery is no stranger to litigation and legal controversy even in its days of mail-order ordination, the original Universal Life Church raised questions about the validity of the long-distance ordination process, as reflected in the history of ULC legal cases. Now, with the current advances in technology and the advent of online minister ordinations, the probably has merely assumed a new mask, and online churches still struggle to prove their legitimacy.

In the midst of this longstanding furore, Susan R. Winfield handed down her decision in the Superior Court of the District of Columbia ruling against a Universal Life Church Monastery minister's right to officiate weddings in the jurisdiction. The question we must ask is whether or not Judge Winfield's decision upholds the law.

Judge Winfield based her decision on DC Code, 46-406, which deals marriage law and the authorization to celebrate marriage, and which outlines and defines those individuals who are qualified to celebrate or officiate a wedding or marriage legally within the District of Columbia. For Winfield, this section of the code excludes ministers ordained online from performing weddings; however, the problem with the ruling becomes apparent when one examines the code in detail and considers Paragraph 2, which provides details on the characteristics of qualified officiants. According to this paragraph, "every minister of any religious society approved or ordained according to the ceremonies of his religious society" may solemnize a wedding; furthermore, a minister is not required to solemnize a wedding (a judge taking his or her place) in such a religious organization as long as the ceremony is solemnized in such a way as is prescribed by that organization.

But at Universal Life Church Monastery, online ordination is the conventional method according to which every minister is ordained and approved under the principle that each individual is qualified to become a minister and merely has to ask; in addition, the Church's prescription and guideline for how to solemnize a wedding is consistent: it prescribes that each minister may celebrate marriage in any way that minister and the bride and groom see fit. There is no reason why opening up ceremonial methods to the minister should be seen as any less prescriptive or authoritative both reflect the stance of the presiding religious organization on how to solemnize a wedding. Thus, we have established ceremonial procedures whereby both the Church's ministers are qualified and its marriages solemnized.

Beyond this matter of clerical qualifications and ceremonial style, the problem with the court's ruling becomes further apparent when we look at the federal legal precedence set by past cases involving the original Universal Life Church of Modesto, California. In Universal Life Church, Inc. vs. United States (1974), the court ruled that formal academic training is not requisite to a minister's credential, stating, "an Honorary Doctor of Divinity is a strictly religious title with no academic standing. Such titles may be issued by bona fide churches and religious denominations, such as plaintiff, as long as their issuance is limited to a course of instruction in the principles of the church or religious denomination", but Universal Life Church Monastery claims that each of its ministers is already inherently imbued with the principles it would otherwise instruct its ministers in. The court in this case also concluded, "The fact that the plaintiff distributed ministers' credentials and Honorary Doctor of Divinity certificates is of no moment. Such activity may be analogized to mass conversions at a typical revival or religious crusade". Finally, the court argued that it is not the place to measure the practices of one religion against those of another, as this would show religious bias and thereby impinge on the guarantees of the First Amendment of the United States Constitution. A similar case, Universal Life Church v. Utah (2002), affirmed and upheld these resolutions.

So there certainly appears to be a motivation based on federal legal precedence, which in turn are motivated by constitutional law and First Amendment guarantees, to challenge Judge Winfield's decision to bar ULCM ministers from celebrating marriages in the District of Columbia. It is ultimately an arbitrary, unfair, and discriminatory action to deny such ministers their sacerdotal rights to officiate marriages based on the method of ordination and the manner in which the church prescribes the style of ceremony itself.

Our chief goal in covering this case is to inform our ministers who still have questions regarding the legitimacy of their ordination, and to re-assure them of their rights. As a means of achieving this goal, we have included below the entire text of the letter by our presiding chaplain to Judge Winfield. We hope it illuminates the often complex issue for our ministers and the state of affairs as they currently stand.

Read the letter to Judge Winfield:

What can I do? 1) Forward this message to all friends in the area that care about protecting the rights of American citizens by choosing one's own religious concept thus, not being forced to a specific faith in order to perform a wedding. 2) Send this letter to the courthouse to make a stand that your affiliation and rights are no different than any other Americans. Dear [judge xxxxx], I was made aware of a decision that your courthouse will not be recognizing ULC online ordinations when applying for a license to officiate a wedding. I belong to the Universal Life Church, along with millions of members worldwide. Our congregations meet all over the world online and offline. Thousands get married with ULC credentials all over the country, and for many it provides a way to have a real wedding with close family and friends for people that don't have a locked set of religious beliefs that conform to major US religions (or for those who simply don't wish to hire a stranger for their wedding). Our headquarters church has asked that I reach out, and forward you on the attached letter, opinion, and federal decisions that make ULC a legally recognized religious institution, and their ordinations legal (whether performed online, by mail, or in person). [Include attached documents fro m this article] Respectfully, [your name] Judge Winfield Superior Court of the District of Columbia Moultrie Courthouse 500 Indiana Ave., N.W. Washington, D.C. 20001 ACLU - National Capital Area Executive Director: Johnny Barnes 1400 20th St. NW, Suite 119 Washington, D.C. 3) Apply (or re-apply) for a license to officiate in (DC, VA). If you get denied, note down the: * Clerk's name * County you are in * Address of the Clerk's office * Phone number of Clerk's office * Fax number of Clerk's office * Email / Website for Clerk's office * Your name * Your phone number * Your email * Date / Time the incident occurred Then forward this information directly to The Monastery by visiting our Contact page.