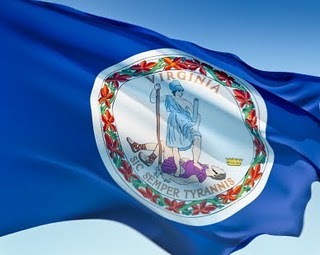 Universal Life Church Monastery has been a pioneer in the struggle to protect the rights of ministers who are ordained online, which at times has been a gradual and piece-meal journey. There are still outposts in the United States where the local judiciary has ruled against the sacerdotal rights of ministers ordained online to legally perform wedding ceremonies, and Virginia is one of these places. It is our hope that our ministers will join us in this fight.

At the crux of the issue is a letter sent by Virginia Attorney General Randolph A. Beales to Thomas M. Moncure, Jr., a clerk in the circuit court of Stafford County, in November, 2001. When Moncure inquired of Beales whether individuals issued ministry credentials by the original Universal Life Church of Modesto, Ca., qualify as ministers according to the Code of Virginia, Beale responded, "it is my opinion that it is within the discretion of the clerk of the circuit court to make an order authorizing such minister to celebrate the rites of matrimony".

We encourage each and every one of our clergy members to participate in this effort by contacting the Virginia Attorney General as well as the Stafford County judiciary and circuit court. Our struggle to preserve the ordination rights of all ministers, regardless of denomination, may be difficult, but with our ministers' help, and with a strong, ardent voice, it will be achievable.

What can I do?

1) Forward this message to all friends in the area that care about protecting the rights of American citizens by choosing one's own religious concept thus, not being forced to a specific faith in order to perform a wedding.

2) Send this letter to the courthouse to make a stand that your affiliation and rights are no different than any other Americans.

I was made aware of a decision that your courthouse will not be recognizing ULC online ordinations when applying for a license to officiate a wedding. I belong to the Universal Life Church, along with millions of members worldwide. Our congregations meet all over the world online and offline. Thousands get married with ULC credentials all over the country, and for many it provides a way to have a real wedding with close family and friends for people that don't have a locked set of religious beliefs that conform to major US religions (or for those who simply don't wish to hire a stranger for their wedding).

Our headquarters church has asked that I reach out, and forward you on the attached letter, opinion, and federal decisions that make ULC a legally recognized religious institution, and their ordinations legal (whether performed online, by mail, or in person).

[Include attached documents from this article]

Then forward this information directly to The Monastery by sending an email to webmaster@themonastery.org or visiting our Contact page.