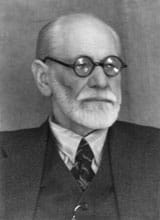 There is nothing wrong with ego and it serves a good purpose in getting you ready to take the first steps, to speak up to strangers, to say a prayer openly without being afraid or to even carry yourself with the attitude of self assurance that is so important to persons of the cloth.

The ULC MONASTERY does not have to have a church on the corner or a building in every state. The church has a membership in every state of this country. Our ordinations are distributed around the world. While we cannot give advice on the acceptance of the ULC MONASTERY in other nations, we are sure of the standing of the church in the United States. In Canada the laws are quite different. Canadian law requires a church to be in existence for 15-25 years, which the ULC MONASTERY meets easily, but more was required of the church when application for recognition was made.

Canadian authorities are following the Church of England protocol in requiring of the ULC MONASTERY a prescribed book of common prayers, a prescribed marriage ceremony and other such written ceremonies which have not been the practice of the ULC MONASTERY under our nation's Constitution which allows total freedom. Canada is a large country bordering the U.S. and Canadian wedding law is totally different then US laws regarding religion.

An individual can write to the church and ask to be ordained.

An individual can complete the online ordination page and receive their credential online immediately. An individual can send in the name and address of someone else and have credentials sent to someone else or enter someone else's name and information at the web site. Each of these three approaches above are free. The important issue in each one is that the names and addresses reach the church. In the case of the online ordinations the instant that the information is entered and the ENTER key is pressed the information is sent to the Church immediately and to the Monastery as well. The entire process takes less than 30 seconds.

In the approach where an individual writes to the church it takes longer, but the individual will receive credentials in the mail and their ordination date is the date of the postmark. Ordination credentials are often sent the minister blank (without any name or ordination date) this is because there are thousands of requests each day. Yes, if it is specially requested the staff will type it in. If there is an error it will be corrected if it is brought to their attention. Some people become angry and offensive in their behavior if their name is misspelled. It is for that reason and the huge number of ordination credentials being sent out each day that the staff did not type in names for many years. Remember, if you become angry over something as easily corrected as a misspelling, you may not be well suited to the ministry, which is filled with disappointments.