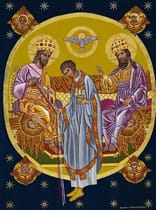 There is much confusion in the membership as to just what ordination is and what does it do for the individual. I hope to clear up many of the misunderstandings concerning ordination of individuals into the ministry. To become ordained, from a legal perspective, means only that the individual may officiate marriages. That is the only sacerdotal (priestly) duty with which the states have any legal concern. Each of the states has it's own state wedding law, which are enacted by the state legislature to specify which individuals may officiate marriages. Most states make broad definitions to include anyone that any church, denomination, society or religious organization deems qualified or designated to officiate marriages.

Any minister may officiate any marriage no matter of what denomination the couple may be. That does not mean that the couple's particular church may accept it or not, but we are not speaking now of religious aspects ONLY legal aspects. A marriage solemnized by one minister is equal to that of any other minister's service.

The official ordination credentials of the church can be requested from the church or online for a small processing and record keeping fee. Some states have very specific guidelines like Oregon wedding law, which requires an Affidavit, which is a sworn statement. Ministers simply request the form and complete their portion and send it to the church for completion. That is all there is to it.

In some states the church provides a Letter of Good Standing to the minister to submit with the credential. In Clark County (Las Vegas) the rules are somewhat more restrictive although ULC MONASTERY ministers do qualify to officiate marriages if they complete the appropriate form. In other counties of Nevada the process is less complicated, but a minister in NV still must register and provide a Letter of Good Standing, which the church is glad to provide upon request on the website.

These additional documents, used for verification and validation of a minister's status, are not provided to ministers just because they request them. The paperwork would be too exhaustive and impossible. Additional documentation is provided only upon written request to ministers officiating marriages in states that require such documentation. It is should be understood that legally all ordination means is that an individual may officiate marriages and nothing else.

The ULC MONASTERY ordains for life for free. Each denomination has its own special requirements that its ministers comply with or perform to gain their allegiance. The Universal Life Church, an American marriage ministries, is the only denomination in the world that opens its door to all and welcomes all who ask for ordination and grants it without questions as to beliefs, grants ordination for life and for free. We make no religious hurdles, no hoops to jump through, no tests of loyalty, no rings to kiss and no fees to pay. Why? The ULC MONASTERY represents freedom and to have freedom you cannot make demands upon individuals. When people make demands upon others, there exists a hierarchy; someone is higher and someone is lower, someone is better and someone is lesser. The ULC MONASTERY does not act in that manner. In the ULC MONASTERY everyone is equal -- the same level of greatness is enjoyed by all. That is difficult for many to understand in a world filled with bosses and employees, haves and have not's, ordained and not ordained. 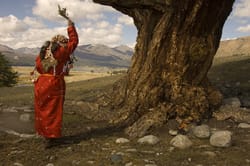 Some people may also feel that being ordained makes them "set apart," "anointed of God," "special," "possessed of the calling," and other aspects of religious belief such as that. All of those attributes are fine to feel and believe, but those are individual matters and you cannot expect others to respect those or even acknowledge those just because you say so or present a wallet ID or ordination credentials from any church.

Ego and validation are things new ministers really want most of all. The wall credential, with gold seal, pen and ink signatures and ribbon, to frame and hang on the wall is perceived by some as equaling their self-worth. For years I have preached the same message that it is not the credential that makes you a minister. It is the recording of your decision to be a minister in the church's records that legalizes your right to the title Reverend.