What Makes a “Real” Minister? 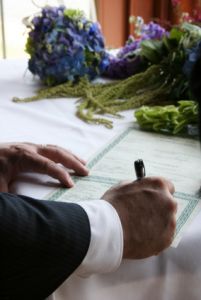 Many prospective ministers still have lingering doubts about the legality of online ordination, which still carries a stigma due to the flexibility and lack of circumspection shown by the internet churches granting the ordination requests. This concern is understandable since brides and grooms want to make sure that their wedding is entirely valid. The truth is that the United States government has no power to determine the validity of any church's ordinations (including those of Universal Life Church Monastery), which means that friends and family are free to become ordained online in order to solemnize the weddings of their loved ones.

Sarah Foss, of Schenectady, New York's Daily Gazette, expressed the concerns that many have over the status of her ordination through an online church in this case, the original Universal Life Church Modesto (which is now a legally separate entity from ULC Monastery). On her blog she explains that when her friends Heather and Davi asked her to perform their wedding ceremony, she first had to find out how to perform a wedding ceremony. First she decided to become a justice of the peace, like her friend Sue, but later found out that she had to run for political office to do so; her only other realistic option was to get ordained online, like her friend Eli.

Like many, Foss expressed the preconception that her father, who was ordained traditionally, was a "real" minister, but that people ordained online were not. But her friends didn't want her father to perform the wedding; they wanted her to, because their close relationship would make the occasion more meaningful. As she explained to her father, "The main reason [ULC] exists is so people can become ordained and do weddings for their friends". Her friends, she told him, were not religious people, and they wanted to find a wedding officiant they were familiar with instead of some judge or priest they had never met before. A novel idea having your wedding performed by a person who knows and understands the people he or she is marrying.

Foss ended up following through with the online ordination and performed her friends' wedding with great success. At the reception, however, a few people fulfilled her fears by asking her whether she was a "real" minister. Those doubts about the legal wedding officiation apparently won out once again, because Foss responded that she wasn't a real minister, and the bride had to tell her to stop saying so because it would make people think she and the groom were not legally married. Eventually, she got over her apprehensions about online ordination, and her father even persuaded her to officiate her sister's wedding so that he would have the opportunity to "give away" the bride.

This anecdote reflects a common scenario: a young couple wish to have a close friend officiate their wedding because it will make the occasion more meaningful, but the friend expresses concern about taking the easy route and forgoing traditional ministerial training and education. But why should weddings performed by ministers ordained online be taken less seriously than those performed by strangers who happen to be judges, or who have spent years reading books on religious doctrine? Jesus and the apostles of the New Testament did not necessarily cite credentials in traditional Hebrew training to validate their gospel; for them the gospel was a spontaneous, divinely inspired message that was available to anybody who was receptive to it. Besides, it is impossible to base a revolutionary message on traditional education, since the inherent nature of such a message is the fact that it is creative and original, and not derivative or imitative. The gospel could not have been preached by simply re-iterating the prevailing Hebrew theology being taught in the temples, but nobody is about to nullify all Christian marriages for this reason. 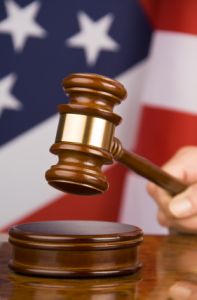 Today, ministers like Foss still face ordination discrimination when they register with their local county clerk. But this isn't necessarily fair. One of the commonest arguments against weddings performed by ministers ordained online is that marriage is a solemn institution, and that online ordination shows a lack of seriousness and respect for the tradition. But who really lacks the respect? Most judges would recognize weddings performed by strangers who have no profound personal connection with bride and groom, and who are simply performing their duty as officiant; meanwhile, people like Foss become ordained as ministers online because of how profound and special their relationship with the bride and groom is. Moreover, consider the fact that two drunken strangers who don't even love each other can walk into any county clerk's office, purchase a marriage license, and receive all the legal benefits of marriage so long as they have $50 and the right set of genitals. It seems arbitrary to take this type of marriage seriously, but not one performed by a close friend or relative for two people in love. Who, then, really has the flippant and perfunctory attitude toward marriage?

The Universal Life Church Monastery has good news for its ministers in America: the establishment clause of the First Amendment to the United States Constitution prohibits Congress from restricting the free exercise of religion (insofar as this does not impinge on other freedoms), which means that churches have the religious freedom to determine their own ordination methods. The ULC Monastery believes that everybody who expresses an interest in carrying out a ministry has the right to be ordained, since everybody has access to divine wisdom, regardless of denomination or religious affiliation. Consequently, all ministers in the ULC Monastery have the sacerdotal right to perform legal marriages for friends and family. Of course, there are still a few rogue jurisdictions out there refusing to acknowledge this right, but we are working doggedly to change their minds.

Feel free to share your personal experiences as a minister in an interfaith online church. Was it a struggle in terms of covering your bases legally? Have you experienced resistance in your effort to carry out your ministry?