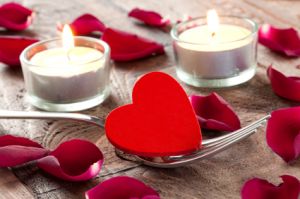 Here at the ULC Monastery blog, we have discussed virtually every type of wedding under the sun from retail weddings and weddings performed by celebrity ministers to vampire-themed Wiccan weddings but there is always something new to discover. Now, one minister in the ULC Monastery has taken the modern wedding ceremony to a new level performance art. Like other alternative weddings, the concept illustrates how modern-day brides and grooms, as well as wedding officiants, have redefined the institution of holy matrimony to meet their own unique needs and interests.

David Tabor, a poet and performance artist from Phoenix, Arizona who became a minister in the ULC Monastery, decided to post an advertisement on Craigslist for a young couple to get married during a show at his performance space, Space 55. The Valentine's Day-themed skit, called 7 Minutes of Love, is scheduled to take place 12 February. Acknowledging the concern couples have over wedding expenses, Tabor offered to perform the wedding at no charge to bride or groom in fact, he went a step further and even offered to provide rice confetti and a homemade wedding cake at his own expense. A legal marriage license is the only thing the couple would have to pay for.

Of course, given the lingering but slowly dying controversy over prospective ministers who get ordained online for free, some people will wonder whether such a wedding is legitimate. Apparently, there is nothing to fear in this regard. As Tabor tells the New York Times, "I also asked around a bit trying to find a lead. It is totally legal. It was held up by the US Supreme Court a few years ago. In Arizona, as long as one person in the wedding party thinks that it is real, then it is." Anybody who has questions about the legality of online ordinations can visit the ULC Monastery Web site to learn more. Those who are interested in Tabor's offer can contact him via email at viviiv@cox.net.

Whether or not Tabor finds the couple he is looking for, the idea of turning a wedding ceremony into performance art is certainly a memorable, yet highly affordable, way for any young bride and groom to partake in the sacrament of marriage. In times when couples are cutting wedding costs by forgoing big, expensive weddings for smaller, cheaper ones, there are still ways to save money and make the event as memorable as possible. What are your thoughts on treating weddings as a type of performance art? Does it lessen the solemnity of the occasion, or does it make the occasion more special and meaningful?