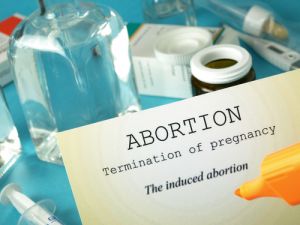 In a continuing effort to make abortion services harder to obtain, legislators in the U.S. state of Texas have filed a bill to ban abortion as early as six weeks after conception. To the chagrin of pro-choice activists, the proposed bill was also filed the same day as Texas Governor Rick Perry signed into law another bill banning abortions after twenty weeks, effectively forcing most abortion clinics in the state to shut down. However, for many who get ordained online in the Universal Life Church, protecting women's reproductive choice is vital to fighting poverty and investing in human development.

The latest bill is just one of a rash of bills filed in a special session convened to give legislators time to mull abortion restrictions. Perhaps the most high-profile of these is House Bill 2. When the bill takes effect in October, abortion will be illegal after twenty weeks of gestation, clinics will be required to meet new standards for ambulatory surgical centers, the state will begin regulating how doctors administer abortion-inducing drugs, and doctors who wish to perform the procedure will be required to have admitting privileges to a hospital within thirty miles of their clinic. The new law means most abortion clinics in the state will be shut down, because they do not fulfill these requirements. For abortion rights advocates, the new restrictions are an insidious attempt by lawmakers to make it virtually impossible to obtain an abortion in Texas.

If that were not enough, several members of the Texas House of Representatives co-filed a bill in the hope of expanding the state's abortion restrictions even further. House Bill 59, also known as a "fetal heartbeat" bill, would ban all abortions six weeks after conception, when the fetal heartbeat becomes detectable. Besides criminalizing the vast majority of abortions, such bills require invasive ultrasound procedures for women seeking abortions as well as trans-vaginal probes to detect the fetal heartbeat. The bright side for women, at least for the time being, is that the bill is a "trigger" provision which would not take effect unless Roe v. Wade were overturned, at which point it would take effect immediately.

Often buried beneath the noise of right-wing rhetoric (as well as the barrage of ineffective pro-choice clichés) is the argument defending reproductive health-care as necessary for reducing poverty and investing in human development. According to PATH and the United Nations Population Fund (UNFPA), reproductive health services prevent an estimated:

Such goals are harder to achieve with radical restrictions on reproductive health services. As the UNFPA has stated, "[r]eproductive rights become tangible only when reproductive health services that offer a high quality of care are made widely available. Availability includes both affordability and convenience, which generally implies a range of services under one roof". The current anti-abortion legislation in Texas would drastically reduce such availability, making it even harder to realize human development goals and improve livings standards in the state.

Universal Life Church ministers and many others who get ordained online have always strongly endorsed the merits of ethical reasoning. Before flinching in horror at the thought of terminating an unwanted pregnancy, we must carefully consider the pros and cons of abortion access, weighing any cost incurred by it with the overall benefits it yields. Allowing women control over their own reproductive systems means placing trust in their ability to make decisions naturally conducive to the general well being of society.