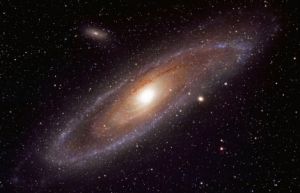 ULC ministers are known for undertaking many unique projects, especially unusual or off-the-wall wedding ceremonies. From celebrity ministers like Kathy Griffin to alternative retail weddings held in Home Depots and shopping malls, we are all familiar with the quirky ways in which members of the ULC carry out their ministries. But the church is not populated solely by wedding officiants it has its fair share of philosophers and theologians, too. Earlier this year, one minister in the church released a book on the nature of life and consciousness called Science of Spirit: Lost Keys to the Kingdom on Earth. While the book may echo the ideas and sentiments of many New Thought writers, it does pay heed to some recent scientific findings, offering an interesting read to anybody interested in exploring the relationship between physics and consciousness.

In the book, author and ULC minister Robert Donald Tonelli discusses the interconnectedness of life in the cosmos and makes the claim that the universe itself is a process characterized by the evolution of consciousness. The book is the result of Tonelli's musings on the nature and meaning of life and the universe, and leads to the startling conclusion that consciousness not matter or energy are the foundation of the cosmos. In fact, Tonelli suggests, energy and consciousness are actually inextricably linked. Additionally, he explains in the book, the cosmos is never static, but always dynamic it is not a state of being, but actually a continual process or sequence of events and occurrences that have been taking place since the Big Bang. The purpose of this process, the author claims, is for consciousness to evolve and realize its full potential. From this perspective, matter and energy would seem to be the output of this process. 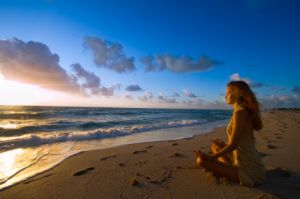 Many who hold a materialist worldview will have already dismissed Tonelli's theory as "junk science" or "pseudoscience", but his ideas may not totally be without merit, and recent findings in quantum physics may support his claims. Referring to wave-particle complementarity (the phenomenon that describes how light waves take the form of particles photons when measured or observed by the experimenter), Nobel Prize-winning physicist Niels Bohr says, "[i]n the great drama of existence we ourselves are both actors and spectators" (van Lommel 235). Mathematician John von Neumann suggests that the act of observation itself creates physical reality when he says, "[t]he world is built not out of bits of matter, but out of bits of knowledge subjective, conscious knowings" (237). And, referring to the relationship between the mind and the brain, philosopher and neuroscientist Alva Noë flatly contradicts the assumptions of materialist thinkers like Daniel Dennett, Richard Dawkins, and Susan Blackmore:

Consciousness does not happen in the brain . What determines and controls the character of conscious experience is not the associated neural activity. It is misguided to search for neural correlates of consciousness: there are no such neural structures. That is why we have been unable to come up with a good explanation of its neural basis . The idea that we are our brains is not something scientists have learned; it is rather a preconception (185).

Basically, what scientists like Bohr, von Neumann, and Noë suggest is that consciousness is not an epiphenomenon of matter or energy (not even the brain), but rather that matter and energy are consequent to, or at the very least linked with, consciousness, which is fundamental in the universe. This uncannily corroborates Tonelli's notion that the experience of an increasingly sophisticated, self-aware consciousness is the fundamental purpose of the

Tonelli's view of life and the cosmos raises some profound questions. Is the brain the source of consciousness, or merely a kind of transceiver, and is death the end, or is there something after? Can artificial intelligence attain self-awareness? If the Big Bang marked the beginning of some sort of experiment in the evolution of consciousness, what preceded it a mysterious state of pure consciousness? What happens when the universe has evolved to such a degree that it returns once again to a state of pure consciousness? Will a new universe have to be created somewhere to undergo the process once again as part of an endless cycle? And what is the relationship between human beings and nature; how do other life-forms fit into the scheme of things? These are ambitious questions, and we may never get satisfactory answers to all of them, but we have to start somewhere. Besides, they do make us think.

Science of Spirit attempts to incorporate scientific sensibilities in explaining the spiritual purpose of the universe. While some will disregard it as pseudoscience, others will appreciate how the ideas presented in the book seem to be echoed, at least loosely, by progressive theories in quantum physics. At the very least, it is good to know that some people who decide to become ordained in the ULC do so with the desire to encourage self-reflection and cultivate an appreciation for the contributions of science. Maybe one day this daunting search will yield more answers than we could ever have hoped to find.

van Lommel, Pim. Consciousness Beyond Life: The Sciene of the Near-Death Experience.