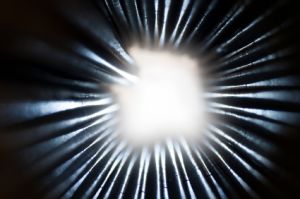 Some materialists argue that people cling to a belief in life after death out of comfort because they harbor a fear of death. This claim is one of many that make up the skeptical argument against the notion of an afterlife. As it turns out, however, a brief review of the literature suggests the opposite to be true: people who believe in life after death have less fear of death, or else the afterlife they do believe in is not a very comforting one. We know this because of empirical research into near-death experiences, the faith-based confessions of materialists, and the fact that some afterlives are rather disturbing. Hence, belief in an afterlife cannot necessarily be attributed to wishful thinking.

There are several basic arguments around which the question revolves and which have been discussed in greater depth in a previous blog entry on the afterlife. Based on empirical evidence, NDE researchers have challenged the theory that near-death experiences are a product of hallucinations brought on by anoxia (oxygen deprivation), noting that hallucinations do not resemble the highly lucid, coherent consciousness reported during an NDE. They also argue that patients report having their experiences in minute detail while they are brain-dead, hence the brain cannot be functioning in order for chemicals to produce hallucinations. And researchers point out that some people actually have their experience immediately before injury, which also rules out the possibility of hallucinations brought on by physical trauma. Finally, researchers have called into question the assumption that people believe consciousness survives bodily death just because the alternative fills them with despair.

Why should we think that people who believe strongly in life after death actually have less fear of death?

Part of the answer can be found in a large-scale longitudinal study on near-death experiences conducted by Dutch cardiologist Pim van Lommel, which is summarized in his book Consciousness Beyond Life: The Science of the Near-Death Experience. Van Lommel's study is more reliable than the typical NDE study because it is prospective. This means that evidence was easier to obtain and verify because cardiac arrest patients were consulted, and their cases investigated, almost immediately aftertheir resuscitation. (Evidence is harder to come by when reports are made several years later.) According to the results of van Lommel's study, fear of death did not influence the occurrence of NDEs (van Lommel,p. 145). In addition, van Lommel and his team checked in on their subjects two years, and then eight years, after the initial interview. He and his team found that among people who had had NDEs, belief in life after death rose 36% after two years, reaching 42% after eight years. At the same time, they found that among the same people, fear of death had fallen 47% after two years, and 67% after eight1.

Additionally, the study suggests that the patients who had an NDE value ordinary earthly life as well as the afterlife. The results indicated these people's appreciation of the ordinary things in life rose to 78% after two years, and to 84% after eight years1. (In fact, some people who have had these experiences have informally adopted a motto: "Life is for living; the light is for later".) So it is not very fair or accurate to accuse such people of caring more about the afterlife than about earthly life.

Thus, contrary to the claim made by materialists, strong belief in the afterlife actually corresponded with less fear of death, and greater appreciation of ordinary life. 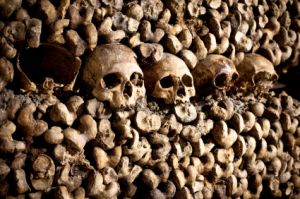 In fact, there are suggestions that some materialists may find comfort in non-existence, further highlighting the reversal of assumptions about hope in an afterlife. British philosopher A.J. Ayers illustrates this point in a 1988 article entitled "What I Saw When I Died", an account of an NDE he had. In the article, Ayers writes that his experience "slightly weakened my conviction that my genuine death ... will be the end of me, though I continue to hope that it will be". The key word is hope. By expressing hope that death will be the end of him, Ayers suggests in a sort of Freudian slip that there is a faith-based comfort to be had in the prospect of non-existence. Hence, Ayers provides evidence that some materialists believe in non-existence after death out of comfort, not out of reason.

On top of this, many conceptions of the afterlife are actually quite foreboding. Perhaps the most obvious example of a less-than-savory hereafter is the Judeo-Christian Hell, which is reserved for people who reject the sacrifice of Christ in the Christian faith (varying slightly from denomination to denomination), or people who do not subscribe to God's laws in the Jewish faith. Hell is not a very appealing place, so clearly people do not always believe in the afterlife out of comfort. Indeed, some Christians fear death precisely because they fear the nature of the afterlife reserved for them. Additionally, a foreboding afterlife is the only afterlife in some cultures. In his book Life after Death: The Evidence, Christian apologist Dinesh D'Souza quotes anthropologist Pascal Boyer as saying that for many of the tribes he has studied, "a religious world is often every bit as terrifying as a world without a supernatural presence" (D'Souza, p. 32). D'Souza cites the Fang people of Cameroon, who believe that the afterlife is dominated by witches and evil spirits who enjoy eating people. He also points out classicist Mary Lefkowitz's argument that the Greek afterlife does not promise bliss, but rather a harsh, unpredictable, largely evil world. As we can see, some groups of people believe in a downright barbaric afterlife. Consequently, we cannot necessarily say that belief in an afterlife is a source of comfort to the believer.

In sum, it is not very true to say that belief in an afterlife or hereafter is a source of comfort for people who fear death: recent NDE research refutes this position, as do the confessions of materialists themselves as well as notions of hell and disturbing afterlives. As always, however, there are two sides to the argument, but to cover both is beyond the scope of a single, modest blog entry. For this reason, we invite you to tell us whether you think belief in an afterlife is a source of comfort to the believer, providing reason and evidence to support your case. How do we explain things like the van Lommel study, the words of A.J. Ayer, and the fact that some afterlives are more or less hellish?

Life after Death: The Evidence

Near-Death Experiences and the Afterlife