“To Heaven and Back”: Three Powerful Near-Death Experiences 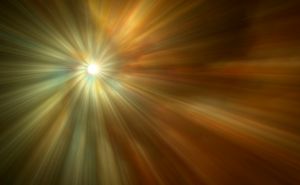 What does it feel like to die? This was the question explored in Anderson Cooper Special Report: To Heaven and Back, which aired recently on CNN and featured the personal testimony of three individuals who died and came back to life. The stories are at times harrowing, at other times moving. Undoubtedly, they will resonate with Universal Life Church ministers who have had similar experiences.

During a kayaking trip in Chile, Mary Neal's kayak capsized and became pinned between two rocks on a treacherous river, and she realized she was drowning. "I could see [my friends] pull my body to the shore. I could see them start CPR," she said, and, "I had no pulse, and I wasn't breathing. One fellow was yelling at me to come back. ...My body was purple and bloated. My pupils were fixed and dilated". Before she was revived, Neal said she saw a group of spirits who guided her to a brightly lit dome, where she felt a profound, all-encompassing love, but she was told she must return to be with her son.

Anita Moorjani's experience occurred after slipping into a cancer-induced coma. After being rushed to the hospital one morning, she recounts seeing her husband standing at her bedside, but she could also hear conversations in distant corridors. In one of these a doctor told her husband that while her heart was still beating, "she was not really in there", and when she later asked the doctor about this conversation, he confirmed it. Miraculously, Moorjani fully recovered from the cancer, which she believes was a physical manifestation of self-doubt and self-repression.

Since childhood, Benjamin Breedlove had suffered from hypertrophic cardiomyopathy, a rare heart condition which poses the risk of sudden death. One night he posted a two-part Youtube video called This Is My Life about the experience he had during an episode two weeks prior at school. "I heard them say 'he's not breathing. His heart stopped, and he has no pulse'", he says in the video, before seeing a white light and a place he "didn't want to leave". A week later, on Christmas, he suffered another, fatal heart attack, returning once and for all to the place he visited.

Stories like these are powerful whether or not one believes in life after death. Perhaps you have had a near-death experience which has changed your life as an ordained minister. We would like to hear your accounts.