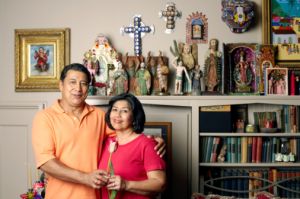 Should ordained ministers receive tax breaks on housing allowances? No, according to a recent ruling by a United States District Court judge. If the decision goes unchallenged, an Internal Revenue Service exemption for clergy housing allowances would be reversed. Universal Life Church ministers have good reason to support this decision, since it reflects church values by challenging government endorsement of religion over non-religion.

U.S. District Court judge Barbara Crabb ruled in favor of the non-profit Freedom from Religion Foundation (FFRF). The exemption "provides a benefit to religious persons and no one else, even though doing so is not necessary to alleviate a special burden on religious exercise", she explained. The United States federal government loses about $700 million every year in taxes due to the exemption; reversing it would affect approximately 44,000 ministers, priests, rabbis, imams, and other members of the clergy, who could experience a 5 to 10 per cent cut in net income.

The debate stems from the transition from parsonages to off-site housing. Historically clergy members lived on church property called parsonages, but "over time, fewer churches owned parsonages and instead gave clergy housing allowances, which were also treated as tax-free", explains Tobin Grant, a political science professor at Southern Illinois University. "The difference, however, was that these were regular salaries that now had an exclusion. Part could be tax-free, part couldn't", he explains, "[s]o, why not give a pastor a huge housing allowance, which is tax free?"

The Problem with Religious Privilege

Religious organizations have denounced the ruling. "The clergy housing allowance isn't a government establishment of religion, but just the reverse. The allowance is neutral to all religions. Without it, clergy in small congregations of all sorts would be penalized and harmed", said Russell Moore, president of the Southern Baptist Convention's Ethics and Religious Liberty Commission. But the point is not that the exemption treats all religions equally it is that it favors religion over non-religion, which does constitute government endorsement of religion. As the FFRF's founders have argued, if tax-exempt religious groups are allowed a housing subsidy, other tax-exempt groups, such as FFRF, should get one, too.

We can be thankful that the U.S. government treats all religions equally, but it should not favor religion over non-religion, either. The reason is simple: it violates the separation of church and state.