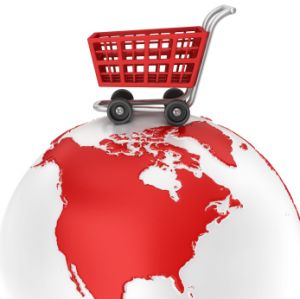 With the recent contributions of big-box retailers Target Corp. and Best Buy Co. to conservative politicians in Minnesota, some institutional shareholders have urged the boards of both companies to increase supervision of corporate donations to political campaigns. The actions by shareholders reflect the concerns many have expressed over the enormous financial influence corporations have on the political system in the United States, and how this ultimately affects the lives of millions of Americans. The important question is whether or not such powerful and wealthy entities should have the same rights as individual citizens in making campaign contributions.

Shareholder resolutions with both retailers were filed by Calvert Asset Management Co. of Bethesda, Md., and Walden Asset Management and Trillium Asset Management Corp., both of Boston. Despite the fact that the firms control less than one per cent of each company's shares, they are leading the debate over the ethics of political contributions on the part of corporations to conservative political agendas. Meanwhile, showing dissatisfaction with the companies' financial dealings, Equity Foundation of Portland, Ore., one of Trillium's clients, recently parted with 170 Target shares.

Why the flack over Target's and Best Buy's campaign donations, and why are shareholders confronting the companies over their spending choices? It turns out Target donated $150,000 to a political fund supporting a right-wing conservative Republican gubernatorial candidate in Minnesota. Best Buy donated $100,000 to the same fund. The politician in question Minnesota state legislator Tom Emmer opposes marriage equality for gays and lesbians as well as other civil rights for such individuals. At first glance such activities might intuitively seem shady or corrupt, but in fact it has the approval of the Supreme Court, which ruled recently that corporations are free to spend funds on elections. In response to the aid and succor the companies have offered politicians like Emmer, left-wing, liberal civil rights advocates along with gay right activists have organized a backlash including boycotts of both Target and Best Buy.

But such corporate spending practices have implications not only for minority groups; they can also affect the lives of the average U.S. citizen. Every group has an interest in how America's biggest companies turn the tide in political campaigns merely with the sheer wealth at their disposal. What every American should be asking is whether they want corporations running their lives through the practice of campaign donations, and what they can do to curb corporate financial clout in the democratic political process. Of course, the recent Supreme Court ruling granting corporations the right to make such donations helps little, which means that the effort is based largely on the choices of the individual.

In an ironic twist of fate, Target and Best Buy may have already shot themselves in the foot with their donation choices, which, it turns out, may not even be in their own best interest. As Martiga Lohn of the Seattle Times reports, "The shareholders said the donations don't mesh with corporate values that include workplace protections for gay employees and risk harming the companies' brands." Reflecting this observation, Trillium vice-president Shelly Alpern had this to say about Target's and Best Buy's actions:

A good corporate political contribution policy should prevent the kind of debacle Target and Best Buy walked into. We expect companies to evaluate candidates based upon the range of their positions not simply one area and assess whether they are in alignment with their core values. But these companies' policies are clearly lacking that.

Meanwhile, Walden vice-president Tim Smith warned that such donations can have "a major negative impact on company reputations and business." So even if the boards of Target and Best Buy lack a social conscience, they risk ruining their reputation in a society gradually coming to terms with its own social injustice and inequality only to discover its corporate underpinnings. It especially risks destroying its brands as Americans realize that they have been duped out of their rights by the very same companies that more or less wield a monopoly on their consumer spending.

It remains to be seen whether the boycott effort by civil rights activists will pay off in the end, but if it does, it will be because the public are aware how their money is being spent by the companies they give business to. As always, we are interested in hearing what our ordained reverends and ministers think about this matter. Are Americans' lives being run by wealthy corporations that help fund the campaigns of politicians that, in turn, influence policy on civil rights issues?