DADT reflects the struggle of all minorities 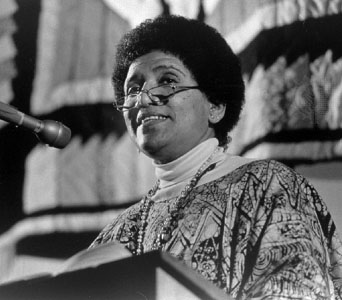 October 16, 2009 - Department of Defense data provided by the Palm Center at the University of California, Santa Barbara reports that more women are affected by the federal government's discriminatory 'Don't Ask, Don't Tell' policy than are men.

It should rightfully be viewed as somewhat of a set back for many human rights activists who have fought tirelessly year after year to secure equal rights for for women. The right to bodily integrity and autonomy, to vote (suffrage), to work, to run for public office, to work for fair wages and equal pay, to own property, to education, to serve in the military, to enter into legal contracts and to have marital, parental and religious rights shared equally with every other American citizen and protected by the US Constitution and Bill of Rights. The struggle for human rights is not limited to any one race, orientation or gender; it is one that people of all creed and background face each day worldwide. A woman's right to serve in the military should not be taken away simply because it is against the beliefs of one part of society.

As the Caribbean-American writer, poet and activist Audre Lorde stated about her own struggles as a minority woman,

"It's a struggle but that's why we exist, so that another generation of Lesbians of color will not have to invent themselves, or their history, all over again."
"If I didn't define myself for myself, I would be crunched into other people's fantasies for me and eaten alive."

So as we continue forward with our struggle to secure equal rights for all people of all nations, reflect on the message that,

"We're all children of the same Universe", and we each have a right to be here. - G Martin Freeman