Should children be taught yoga in public school classrooms? That is the question being mulled in a lawsuit filed by legal representatives of two California parents. Lawyers for the parents have argued that teaching yoga in public school classrooms violates the Establishment Clause of the First Amendment to the United States constitution. While the Universal Life Church Monastery supports the separation of church and state, we should ask ourselves whether there is a way to teach children the advantages of yoga in a secular contest.

For the plaintiffs in the case, however, such a compromise is not an option. The Encinitas Union School District instituted the Ashtanga yoga program in its elementary school physical education curriculum last September using a half-million dollar grant from the K.P. Jois Foundation, but the parents have contended that forcing students to participate in the program violates the law because of yoga's religious nature. Consequently, the National Center for Law and Policy (NCLP) is suing the school district on behalf of the parents over "civil rights violations resulting from its inherently and pervasively religious Ashtanga yoga program". The plaintiffs' attorney, Dean Broyles, has even made the argument that the district is treating its students as "religious test subjects" and "spiritual guinea pigs".

Although the lawsuit seems legitimate on the surface, a little digging reveals the plaintiffs' underlying motives. According to Wikipedia, the NCLP "focuses on the protection and promotion of religious freedom, the sanctity of life, traditional marriage, parental rights, and other civil liberties". It is difficult to argue with the first of these, but what about the "sanctity of life" and "traditional marriage"? Would these parents also contest, with equal passion, the promotion of Biblical values in public schools on the grounds of church-state separation, or would they quietly let it pass? They have demonstrated little, if any, vociferous opposition to creationism in public school curricula, yet this is a widely known problem thus their fight against school yoga classes begins to reveal signs of a religious double standard.

Still, the parents have a point Ashtanga yoga does have deep associations with religion, but does this mean it is impossible to take the religion out of yoga and treat it as a purely secular pursuit as a part of the established physical education program? As religious studies professor Candy Gunther Brown said in an NCLP press release, the practice has "its roots firmly planted in Hindu, Buddhist, Taoist and western metaphysical religious beliefs and practices," but are these religio 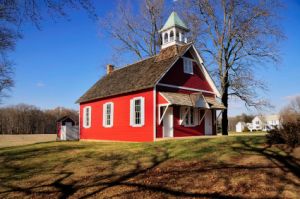 ns inherent to or definitive of yoga? Before the program was introduced, the school district's superintendent, Tim Baird, met with the program's instructors to ensure that any religious content was removed from, and that it was modified for a public school environment. Moreover, according to researchers at the Mayo clinic, yoga has various health benefits, including stress reduction, improved fitness, and management of chronic conditions. This has nothing to do with religion; it is simply a medical reality. If the traditional religious aspects are removed and the focus is placed on health, there is nothing to hinder students from adding their own personal religious outlook to the activities, including Christianity.

The Universal Life Church Monastery strongly supports efforts to keep religious instruction out of public school classrooms, but unlike the NCLP, we strive to be even-handed in our endeavor. But teaching our children to lead a healthy lifestyle should not require a battle of religions in the first place we should also be open-minded to finding creative ways of teaching our children the medical benefits of proven healthy practices within a purely secular, scientific framework.