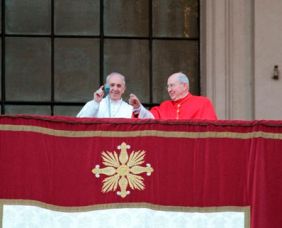 "If you do not believe Jesus Christ died for your sins, you will go to hell." Christians and non-Christians alike are familiar with these unwavering words, which form the cornerstone of most Christian theology. The belief has not gone unchallenged, though, and the latest criticism comes from a highly unexpected source: the pope himself. Everybody who does good works will be redeemed, he said in a recent homily even atheists. The sentiment is not too far removed from that held by the Universal Life Church Monastery.

Pope Francis I made the bold statement during the homily of his daily morning Mass, which takes place from his private residence in Vatican City. Jesus's disciples complained that "[i]f he is not one of us, he cannot do good. If he is not of our party, he cannot do good," to which Jesus responded, "[d]o not hinder him let him do good," explained the pope, citing the Gospel of Mark. The disciples, he continued, "were a little intolerant," convinced that they alone possessed the truth and that "those who do not have the truth, cannot do good," but this "was wrong . . . Jesus broadens the horizon," he said, asserting that "the root of this possibility of doing good that we all have is in creation".

He elaborated on why atheists and other outsiders deserve redemption by describing the oneness of all human beings with God. "The Lord created us in His image and likeness, and we are the image of the Lord, and He does good and all of us have this commandment at heart: do good and do not do evil. All of us. 'But, Father, this is not Catholic! He cannot do good.' Yes, he can," said the pontiff. "The Lord has redeemed all of us, all of us, with the Blood of Christ: all of us, not just Catholics. Everyone! 'Father, the atheists?' Even the atheists. Everyone!" he maintained, adding that "We must meet one another doing good. 'But I don't believe, Father, I am an atheist!' But do good: we will meet one another there." For Father James Martin, S.J., the pope was saying that the blood sacrifice of Christ applies to all human beings who do good.

The surprisingly tolerant remarks might be refreshing, but they raise many questions. Is the pope implying that atheism is still a sin that needs to be forgiven? If so, why would God care whether anybody believed in him? And if all human beings really are one with God, why cannot women, homosexuals, and married men share in the priesthood? Perhaps most important of all, however, is the question over the doctrine of grace, which has divided the Catholic and Protestant branches of Christianity for centuries. While Protestants believe the only way to avoid hell is to accept that Christ sacrificed himself to atone for the sins of an undeserving humanity, Catholics 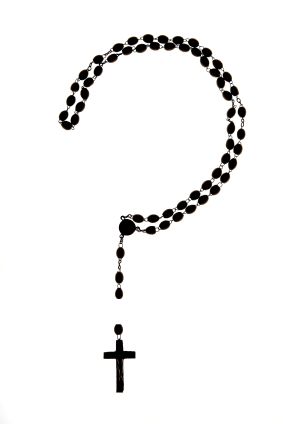 We can already see the ways in which Pope Francis's ideas about altruism and solidarity overlap with those of the Universal Life Church: doing good deeds out of a compassionate heart is a fundamental part of being a worthy human being, and it should not matter whether you are atheist, Christian, pagan, Muslim, or anything else, for "we are all children of the same universe". But what about the Protestant belief that pleasing God determines merit, not good deeds, and how do we resolve the many questions left open by the pope's sermon?