Religion-It May Not Make You Happier After All 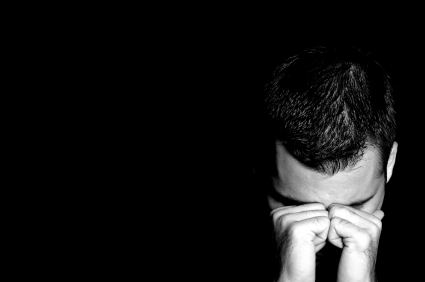 There has been a great deal of talk recently about whether or not more religious people are happier than less religious people. One study suggests that belief in God may reduce stress, while another theory, called the security hypothesis, suggests that people cling to faith out of a desperate need for economic security. Now, after reviewing the literature on the subject, one psychologist has suggested that it is not religion, but conformity, that makes people happy.

The studies linking religion with greater happiness were reviewed by evolutionary psychologist Nigel Barber, who compared happiness in different countries. Most of the studies linking religion and happiness, he notes, have been conducted in the United States, where the majority of people are still religious (although this is changing); these studies do not reflect a religion-happiness link other places, such as northern Europe, where the majority are secular. While there is a positive correlation between religiosity and happiness in the United States, there is no such correlation in other countries, such as the Netherlands and Denmark. In these countries, the secular majority are actually just as happy as the religious minority.

The fact that the religion-happiness link shows up in the U.S., but not northern Europe, suggests that the link is not universal. According to a recent analysis, the top ten happiest countries in the world were mostly in northern Europe, with Canada and Australia also included. Most of the countries listed were less religious than the United States, which did not even make the top ten. Assuming the reliability of the data, it would follow that, globally-speaking, religion does not necessarily increase happiness in fact, the happiest places in the world are often relatively secular.

How do we explain these findings? First we must find a common denominator the one thing that makes people happier in every situation. Barber believes this is conformity, or the prestige and privilege attached to being a member of the mainstream. According to this hypothesis, more religious Americans are happier than less religious Americans not because of anything inherent about religion itself, but rather because religiosity, specifically evangelical Christianity, is the norm in the United States; conversely, more secular Danes might be happier than less secular Danes not because of anything inherent about secularism, but rather because secularism is the norm in Denmark. In either case, Barber suggests, people are happier not because they are religious or secular, but because they conform to the norm. He notes that this is consistent with research indicating that members of minority groups often suffer more from high blood-pressure an indicator of stress as well as depression and other disorders.

Perhaps the most revealing thing about Barber's hypothesis is not that secular people tend to be as happy as religious people, but that, in either case, it seems to be conformity that makes people happy. While sometimes conformity has its benefits, other times it is just a popularity contest, and it is unfortunate that people should feel the need to be like everybody else just to feel accepted and be happy after all, a thing is not right or wrong just because it is popular. The position of the Universal Life Church Monastery is that all groups have something to contribute, and we would never learn from one another if we were all the same.

Share your thoughts as a priest, pastor, or minister in a nondenominational online ministry. Do you think it is religion, or a sense of belonging, that makes people happy?