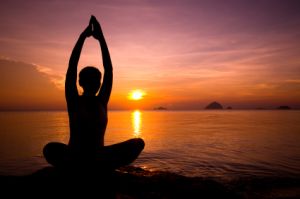 In a recent Huffington Post article, Nigel Barber, an evolutionary psychologist and contributor to Psychology Today's "The Human Beast", offered his explanation on why Americans are so much more religious than Europeans. The explanation is called the "security hypothesis", and it states that the more economically secure a society becomes, the less religious it becomes. Barber claims that the U.S. has become so much more religious than Europe because of its growing lack of economic security for all. While Barber's hypothesis is plausible (at least in terms of religion), it poses several problems: first, it contradicts the view of anthropologists that religion and spirituality were probably not self-induced delusions invented by primitive man to escape the reality of nature; second, it overlooks the concept of non-religious spirituality; and, third, it does not explain the similar degree of spirituality for both Europeans and Americans who have had near-death experiences. Perhaps, then, Barber's hypothesis illustrates a correlation between well-being and religiosity, but not necessarily between well-being and spirituality.

Referring to a previous article of his, Barber responded to commenters who stated that the security hypothesis does not explain why Americans are both wealthy and religious. America may be an exception, he explained, and a single exception does not negate the significance of the general correlation between increased wealth and decreased religiosity. Researchers are not obliged to account for e_very_ exception they are only obliged to account for the general trend. Indeed, it would be strange if there were no exception. So how do we explain the case with the United States, Barber asks? In fact, he says, the United States has retrogressed economically in recent years, suffering from an increasingly crippled social safety network, and right-wing evangelical Protestants in particular have exploited this trend by offering religion as a palliative for the poor. In short, he argues, religion thrives on misery.

The argument that religion or spirituality is a security blanket for primitive peoples is questionable because of the insight provided by the anthropology community. In his book Life after Death: the Evidence, Dinesh D'Souza notes the consensus among anthropologists that primitive man did not invent religion as a means of explaining natural phenomena. The reason for this, he cites them as claiming, is that prehistoric man, while they were equally intelligent to modern man, did not possess the same proclivity for explaining the actual physical mechanics of nature in the same way as modern man does. By assuming primitive man thought like us, we are "anachronistically projecting the modern inquiring mindset onto ancient peoples" (pp. 40-1). Besides, as D'Souza quotes philosopher John Hicks as saying, in the primal indigenous faiths of many preliterate tribal communities, the social inequalities of the present life continue into the next, so wishful thinking and hope for a better life cannot be driving these peoples to religion, let alone spirituality (p. 40). If D'Souza is right and this is the consensus of anthropologists, it would contradict the assumption of the security hypothesis that spiritual belief is a means of "escaping" the harshness of natural reality through the invention of an elaborate fantasy world. Perhaps it is a more spontaneous human custom with its own evolutionary purpose, which can be traced back to a believer's gene. 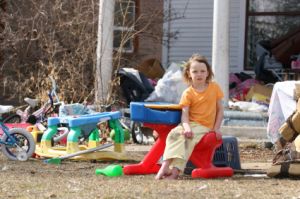 Beyond this question of primitive explanations of nature, does the security hypothesis explain the relationship between wealth and spirituality? With so many people who are "spiritual but not religious", and with books such as Conversations with God and The Secret dominating the current New Age literary milieu, the black-and-white, either-or binary of organized religion versus atheist reductionism seems a bit passé. Today we have a third demographic to consider: non-religious, spiritual holists. Such individuals may believe in a higher power and life after death, but reject religious dogma and ecclesiastical hegemony. To his credit, Barber does note that, while most Americans report being religious in surveys, "far fewer show up in church on Sundays" but these people may still subscribe to a religion, and they may still be dogmatic. He has little to say about people who report being spiritual, but not religious. And yet we hear a great deal about "manifesting abundance" among people of this persuasion. In other words, the security hypothesis provides little, if any, research on a possible correlation between economic security and non-religious spirituality.

Barber's silence on this point is mirrored in research on both Europeans and Americans who have had near-death experiences (NDEs). According to acclaimed, award-winning Dutch cardiologist Pim van Lommel, people who have had an NDE routinely show increased spirituality in the years following their NDE. If spirituality has declined in European nations where the social safety net has improved, then, obviously, this decline should include Europeans who have had NDEs. However, as van Lommel shows in his book Consciousness beyond Life: the Science of the Near-Death Experience, just like Americans, Britons and Nederlanders seem to show increased spirituality after NDEs despite declining religious affiliation (pp. 57-8) and despite their better access to welfare resources like universal health-care. In fact, the increased spirituality after NDEs is actually coupled with an even greater than average decrease inreligiosity(p. 56). This should not be happening if the superior social safety nets of the Europeans render spirituality redundant. Because it is happening, however, we must conclude that the security hypothesis does not explain why people with superior social safety nets, like Europeans, should be just as spiritual after their NDEs as people with inferior social safety nets, like Americans. (Ironically, many people who have had such experiences are revived only to regain a sense of how important it is to live a good life here on earth [see van Lommel's book]; they even have a maxim: "Life is for living; the light, for later". So, it isn't exactly fair to say that such individuals dwell on the afterlife.)

In sum, Barber's hypothesis that religion thrives among the economically disenfranchised, and declines among the economically secure, does not tell us much about people who are spiritual, but not religious. First, it does not sufficiently explain the motivations for spiritual beliefs among prehistoric peoples, second, it fails to distinguish a specifically non-religious form of spirituality, and, third, it does not explain why Europeans who have had NDEs are just as spiritual as Americans who have had NDEs, even though the former have superior welfare resources to fall back on. Perhaps Barber never intended to comment on people who are "spiritual but not religious", and he cannot be blamed for failing to answer a question he never intended to answer in the first place, but it would be interesting to know the answer nevertheless. Do spiritual people who embrace science, but not organized religion, manifest abundance in their lives better than people who belong to an organized religion?