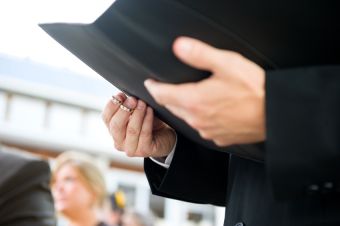 Joe Ryan, a minister with the Universal Life Church Monastery from Michigan, received a surprising and unwelcome response a little over a week ago when he e-mailed the county clerk of Kent County, Michigan to verify that he had the necessary credentials and documentation to legally officiate the wedding ceremony for a pair of his friends. The publicly-elected county clerk, Mary Hollinrake, responded to Ryan's inquiry with the following response:

"You will have to call me. County clerks [in Michigan] are working to specifically ban such 'ministers' from being allowed to perform marriages in Michigan."

Naturally alarmed at the threat of an attack on the validity of his ordination, Ryan called Hollinrake to determine what exactly she meant by her statement.

Hollinrake, who was elected for the first time in 2001, informed Ryan that a number of county clerks are currently working to pass a law that would prevent lawfully-ordained ministers who received their titles through online ministries like the Universal Life Church Monastery from officiating wedding ceremonies in the state of Michigan.

She went on to claim that it would be "ludicrous" for anyone to take ULC Monastery ministers and others like them seriously. She also reiterated a commonly-leveled complaint about online ordinations by claiming that Catholic priests must spend years studying to receive their ordinations and it was thus not right for people to obtain theirs within minutes for free online.

It was at this point that an apprehensive Ryan followed the request posted on themonastery.org for any minister to contact the ULC Monastery in the event that a publicly-elected official ever tried to deny them of rights granted to them by Federal law and Constitutional provisions. Ryan decided to take the ULC Monastery up on their offer because he was afraid what might happen if Hollinrake and her ilk were allowed to pass their restrictive law.

"There are many active ULC ministers in Michigan, especially the Kent County area, and I want to make sure that the law banning us from performing weddings never gets off the ground," Ryan said.

The ULC Monastery is proud of Ryan for contacting us about this matter because Hollinrake's campaign against our organization could have major implications for ministers both within Michigan and the rest of the country if their proposed law gains any traction. This is because large portions of the population in America - perhaps even the majority - share Hollinrake's feeling about online ordinations, so a grassroots movement against the ULC Monastery has the potential to gain serious support throughout the country.

ULC Monastery ministers should take heart in the fact that their parent organization is never one to back down from a legal battle and that it has already taken actions to combat the threat Hollinrake poses to the hundreds of thousands of its ministers. A letter drafted by the ULC Monastery's presiding chaplain, Brother Martin, was sent earlier this afternoon to Hollinrake warning her against taking actions that would infringe on the rights of ULC Monastery ministers. The letter also firmly warned Hollinrake that if she and her union of clerks persisted in their attempts to disallow the Universal Life Church ordination from Michigan, our organization will not hesitate in the slightest to file a class action lawsuit against them.

Ministers of the Universal Life Church Monastery should follow Ryan's suit whenever they encounter someone who wishes to deprive them of their rights by contacting us and letting us help you settle the dispute. Also, our ministers should take it upon themselves to dispel misconceptions about online ordinations like the ones Hollinrake clings to whenever they encounter them.

Hollinrake, incidentally, has been embroiled in a class action lawsuit before. Hollinrake's office was sued in Federal Court in April 2010 after it "instituted a policy requiring individuals who apply for a marriage license either provide their social security number or provide an acceptable reason for not having one." This policy had the adverse effect of preventing undocumented residents without social security numbers from acquiring marriage licenses, even if their spouse was an American citizen. This case, which resulted in the reversal of Hollinrake's policy, suggests that the Kent County clerk has little hesitation bringing her personal beliefs into her official, publicly-elected position.