Religion as Reality T.V.: What Will It Mean for Online Ordination? 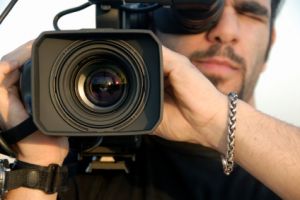 What would it be like to peer, with a mere flick of the remote control, into the lives of a family of Orthodox Jews living in Queens, New York? Perhaps you would like to catch a behind-the-scenes glimpse of secret Mormon temple ceremonies, or even the spell-casting ritual of a Wiccan high priestess. Such voyeuristic curiosity may seem base and tawdry, but the Archbishop of Canterbury the head of the Church of England has suggested that making reality T.V. shows about religion will help foster greater understanding of other faiths.

The Most Rev Justin Welby, who was made archbishop in March, decried the separation of religion from public life, arguing that reality television can help give us a deeper sense of purpose in life. "[R]eality can often mean people putting their lives on hold, flying off to a desert island, and taking part in bewildering challenges," he said, "[b]ut there is another kind of reality broadcasting one that I think delves far deeper into the questions of who we are, what we are, and why we are". He opined that as long as television broadcasters subscribe to the notion that religion should be a private affair rather than integrated into the public sphere, we are heading down a "dangerous" road perhaps toward greater religious intolerance. 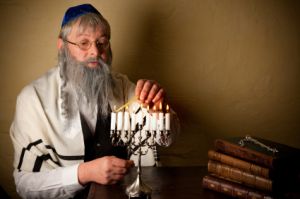 To avoid this path, Welby said, we need to cultivate greater religious tolerance by embracing popular media rather than eschewing it as a crass, low-brow outlet for entertainment-starved youth. Reality television can serve as a tool to shed light on the everyday goings on in the lives of the faithful, he explained, and television producers are already exploring this form of educational entertainment: "It's essential that we support broadcasting that teaches us about those around us. The marvelous portrait of Manchester's Jewish community in ITV's Strictly Kosher is one example of how the media can help us to see the people around us as they really are". Welby also cited the Channel 4 film Islam: the Untold Story _as "_an opportunity to appreciate the rich and fascinating history of the Muslim faith". Incidentally, it is the kind of interfaith dialogue Universal Life Church ministers already widely support.

But what would the archbishop's proposal mean for organizations like the Universal Life Church Monastery which allow people to become ordained ministers online? Hypothetically, it could be a boon for Internet churches. A reality television program about online ordination would not only help to demystify the practice for the average person and answer many of their questions about how to become an ordained minister, but it might also help to break down prejudicial barriers to understanding as well as draw attention to legal issues surrounding sacerdotal rights and religious freedom.

It might seem strange that the leader of the Church of England should recommend reality television as a platform for religious education, but he gives a couple of good reasons: it would cast a reflection on who we are as human beings, and it would help nurture tolerance and understanding in a world rocked with religious strife. In addition, it might help the average layman better understand the plight of ministers ordained online.

What do you think? Should the private lives of the religious be made the subject of reality television programs?