How Universal Life Church Ministers Can Respond to Tragedy 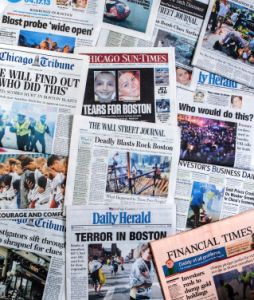 When two bombs ripped through Boylston Street during the Boston Marathon on Monday, 15 April, the United States and the world community grieved the loss of three lives as well as the more than 170 people who sustained injuries almost too gruesome to describe. Unfortunately, the attack also provoked others to vent their rage on innocent strangers perceived as "other". As Universal Life Church ministers, we must recognize that there are many victims of violence, and all of them deserve our compassion and empathy.

Understandably, the Boston bombings must have hit close to home for ministers ordained online in the United States, especially in New England, but the attack quickly brought people together. In a strong show of solidarity, bystanders rushed toward the scene, tearing down the fencing to help the injured as pools of blood stained the pavement. The search led local authorities to the Massachusetts Institute of Technology campus, where another standoff that led to the death of a police officer and one of the suspects until eventually authorities apprehended the second suspect, who was grievously wounded. The people of Boston rejoiced in their work they had come together to mourn the death of innocents, seek out the perpetrators, and exact justice upon them for their cowardly act. Tragedy inspires the resourcefulness that enables us to deal effectively and promptly with mentally unstable, unpredictable individuals who show an utter lack of respect for their fellow human being.

But it also brings out the worst in people. Muslims were already telling themselves after the attack, "Please don't let them be Muslim" when Heba Abolaban, a Muslim woman in a hijab, was allegedly accosted by a man in the Boston area who shouted at her, "F--- you Muslims!" and "You are involved in the Boston explosions!" Although Abolaban was not a victim of the explosion, she was a victim of the xenophobic backlash against Muslims and Middle-Easterners but people of the Muslim world are also victims of horrific acts of violence. Just nine days before the Boston attack, a NATO airstrike left eleven children and one woman dead in the Kunar province of eastern Afghanistan, yet barely a word on this tragedy was mentioned in American media. Why? Are death and violence any less tragic when the victims are perceived as different, or live very far away? As ordained clergy of a "Universal Life Church", we should reflect deeply on this discrepancy.

The Reverend Susan Baller-Shepherd, a world religions professor, touched on these attitudes in a recent Huffington Post article. Reflecting on the Boston tragedy, she recalled telling a stranger as they watched the news, "I really hope it's domestic, and not international," expressing her concern that "if it's international, there will be even more xenophobia." (As it turns out, the suspects appear to be Chechnyan, only substantiating her fears.) Baller-Shepherd reminds the reader, however, that there are "people who have exhibited 'goodness undeterred'", and that "these brave people, alive today, come from a variety of faith traditions". As ULC ministers, it is our calling to prove her right and lead by example.

The Universal Life Church Monastery mourns the victims of the Boston Marathon bombings as well as the NATO airstrike in Afghanistan. If anything can be taken away from these tragedies, it is the opportunity to demonstrate that we can transcend prejudice and xenophobia and recognize our common humanity through acts of courage and compassion. We are, after all, "children of the same universe".