Protecting Bullies in the Name of Religion 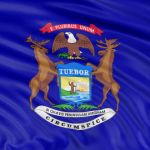 It's almost impossible to believe that a lawmaker would try to insert a religious exemption into a proposed anti-bullying law, but that's exactly what one Michigan senator tried to do. Now, however, it looks as though that exemption will be removed from the bill, allowing action to be taken against all forms of bullying, including bullying perpetrated in the name of religion. And good riddance to that exemption, too--because the free exercise of religion does not include the right to torment and harass people to the point of suicide. As a Universal Life Church minister, perhaps you have witnessed incidents of religiously motivated bullying. What do you think?

The Republican-backed bill, is known as "Matt's Safe School Law", after Matt Epling, a Michigan student who killed himself in 2002 after suffering from anti-gay bullying. Unlike its Democrat-backed counterpart, the bill, which was spearheaded by Senator Rick Jones, would have provided an exemption to bullying motivated by "a sincerely held religious belief or moral conviction" against homosexuality, other religions, etc., in essence giving bullies license to harass and torment in the name of religion. Gay rights advocates are now applauding the senator's decision to drop the religious exemption from the controversial bill, although many still think it will do little to protect youth.

Republicans like Jones had claimed that the exemption to permit bullying on religious grounds was necessary to protect religious liberty, but there are several flaws with this argument, and it is wise to point these out, even if it appears that the religious exemption will in fact be removed. It can be an extremely daunting task to expose the sophistry of religiously justified bullying, because the concept of "religious freedom" has such a powerful, intellectually paralyzing grip on the American psyche, and right-wing fundamentalist Christians have exploited it so craftily as a rhetorical tool to sway people's emotions, that reason becomes obscured in hysteria. But in a recent issue of Time, editor Amy Sullivan makes several points which help to undermine the Republican position.

The first of these points addresses the concern over impingements on religious liberty resulting from prohibitions against harassment based on religious belief:

[The Republican belief] relies on a warped understanding of religious liberty. Freedom of religious expression doesn't give someone the right to kick the crap out of a gay kid or to verbally torment her. It doesn't give someone the right to fire a gay employee instead of dealing with the potential discomfort of working with him. Put this way, the difference between free exercise of religion and religion-based oppression seems pretty straightforward here. What Sullivan is saying, and something which ministers ordained online should contemplate seriously, is that free exercise of religion does not include the right to torment another person: it only involves the right to practice one's religion freely in peace, without impinging on the rights of others. Besides, even if bullying were part of somebody's religious practice, so what? It still doesn't mean that it should be protected a freedom: the Old Testament commands that we should execute adulteresses, but no civilized person in their right mind would argue that a person has the right to stone a woman to death because she cheated on her husband. So, no, an individual does not have the religious freedom to do whatever they want. And that includes bullying.

In addition to this distorted perception of religious freedom, Sullivan also points out the double standard of religious liberty endorsed by Christians who pick and choose only those freedoms which benefit themselves:

It's also a highly selective conception of religious liberty. The same religious conservatives who applaud the religious exemption in Michigan's anti-bullying bill would be appalled if it protected a Muslim student in Dearborn who defended bullying a Christian classmate by saying he considered her an infidel.

We all know Sullivan is right: if a follower of the Islamic faith bullied a Christian student for being an infidel, it is almost impossible to imagine the same conservatives who are backing the Matt's Safe School Law defending that Muslim student. The law has to be all-or-nothing: if conservatives want to excuse Christian-based bullying, they have to defend all religion-based bullying in order to be fair. But this would be absurd, as it would allow anybody to use their religious beliefs as an excuse for bullying, so the only solution is to prohibit all religion-based bullying.

Sullivan also points out how the conservative focus on allowing religion-based bullying overlooks the real, pressing threats against religious freedom around the world. She points out that while Michigan Republicans spend their time fighting efforts to prohibit bullying on the basis of religion, a Christian pastor is facing execution in Iran for refusing to convert back to Islam, "China openly represses religious minorities like Tibetan Buddhists and Uighur Muslims", "Christians in Syria and Egypt continue to be targets of violence", and "Muslims in Europe face civil penalties for wearing religious garb in public". A person has to have a large "persecution complex", she says, to overlook these issues and fixate on the right to ridicule gay people. Indeed, put into this perspective, Michigan Republicans' plight to protect the religious right to bully people who don't fit into your religious model of the world seems egregiously petty and insulting toward religious liberty, which faces far more significant threats globally.

In addition to Sullivan's points above, we might address the issue of free speech. A lot of people have defended the bill by invoking the First Amendment to the United States Constitution. Lines 1-4 of page 6 of the Matt's Safe School Law describe an exemption for statements based on religious or moral conviction, and it might be argued that this language, taken in context, protects the free speech rights of students: students would be permitted to express moral objections to homosexuality, Islam, etc. But free speech isn't the same as bullying. The First Amendment protects a person's right to express his or her personal opinions, not to harass or torment others based on those opinions. So, even if lines 1-4 were to be included in the final draft of the bill, they could only be used to defend the expression of personal beliefs, not harassment based on those beliefs.

Sen. Jones's bill and its ominous implications were blasted in a censorious speech by Democratic senator Gretchen Whitmer:

There could not be a more trenchant and concise critique of the bill than Sen. Whitmer's.

It's a relief to know that Sen. Jones has agreed to remove the religious exemption in Matt's Safe School Law. At first glance, the measure appears to protect bullying victims, but on closer inspection, it might do more to protect bullies themselves: if the exemption is taken to refer to anything other than a mere statement of personal opinion, it just grants students the religious freedom to cause others mental and emotional distress, and lost educational opportunities. But, as stated, it is not a religious freedom to torment another person and drive them to suicide just because you disagree with their perceived sexuality. And even if the bully's "rights" did matter, whose rights matters more? The bully's right to ridicule another person because that person's hobbies, mannerisms, or perceived sexual preference offend the bully's religious scruples, or the victim's right to study safely in school and obtain an education peacefully, free of the dread of daily torment which, through the endless wearing down of mind and spirit, drives one to embrace the oblivion of death? If we have our priorities in the right place, and we know where our sympathy belongs, it seems pretty obvious that the psychologically tormented victim deserves our loyalty over the religiously offended bigot.

So, we at the ULC Monastery have our fingers crossed that the Michigan legislature will do the right thing and throw out the religious exemption from the Matt's Safe School Law, or at least make it crystal clear that only free speech, and not harassment, will be tolerated.

What do you think as an interfaith wedding officiant? Get ordained online and share your thoughts by joining the ULC Monastery's Facebook page or social network for ministers.