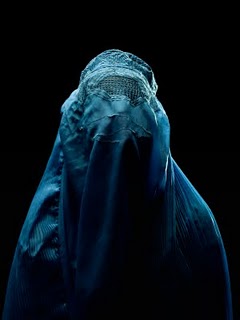 The struggle to preserve secular values is coming to a head in Europe, where a sudden surge in anti-fundamentalist Muslim sentiment has resulted in a crackdown on the full Muslim veil. Numerous jurisdictions across the continent have instituted or attempted to institute bans in an effort to stem what they see as a radical form of Islam which conflicts with the fundamental values of dignity and equality which European democracies stand for. Do these veil bans reflect a general fear of Islam, or a fear of a fundamentalist form of the religion which oppresses women? It seems to be a combination of both, but it is easy to understand the European apprehension towards the more radical elements of Islam.

The latest country to push ahead with a full veil ban is Belgium, where the Chamber of Representatives voted 29 April to pass a ban nationwide; the bill still needs Senate approval to become law. In France, which had already been mulling anti-veil legislation under President Nicolas Sarkozy's conservative government, the National Assembly overwhelmingly proclaimed full Muslim veils as "contrary to the values of the republic", in what lawmakers explained as a step toward a ban like Belgium's. Similar anti-veil legislation has been proposed in the Dutch and Italian parliaments, reflecting the strong overall resurgence of European secular humanism in light of a perceived onslaught of religious fundamentalism.

But while the governments of France and Belgium are still attempting to pass such legislation, several local European jurisdictions have already succeeded in doing so, or in banning other symbols of Islam. Last November, the construction of minarets was banned in Switzerland, and Swiss Justice Minister Eveline Widmer-Schlumpf revealed that the Swiss government is planning a full veil ban as well (although, ironically, the rule will exempt wealthy Persian Gulf tourists, who spend a great deal in Swiss hotels and luxury shops). Meanwhile, in Novara, Italy, a Tunisian immigrant was fined $650 for wearing a veil on her way to a mosque.

One Muslim Belgian woman, who goes by the name Selma, argues that the proposed bans reflect a form of Islamophobia, especially since the vast majority of European Muslim women do not wear the full veil. It is easy to see how the Swiss minaret ban, which targets an architectural feature and not an actual form of oppression, could ironically constitute a form of oppression itself, and many liberals discouraged its passage. But maybe Europeans have good reason to fear radical Islam: after the Chamber approved the bill, a video was posted on the Internet threatening attacks on Belgium. It is such a propensity for violence which drives the fear of radical Islam among Europeans in the first place, and which they cannot help decrying without inciting further threat of violence, so it is hard to sympathize fully with Selma.

Then there is the principle underlying the veil. Selma insists that she will keep wearing hers in public, despite disapproval, out of respect for her "creator", her "husband", and her "modesty". But it is exactly such conviction which grates against the rational sensibilities of modern Europeans, who believe that such dogma lies at the heart of social injustice. After all, why should females, but not males, cover their faces out of respect for God, their mate, and their modesty? To say that women, but not men, should respect God, their husbands, and their modesty suggests that men should be allowed to disrespect God, their wives, and their modesty, perhaps because they have a closer link with the divine and therefore hold the right to command such respect without giving it in return. It is an ugly, arrogant, and loathsome double standard to many Europeans, who value sex equality more greatly than the freedom to cover one's face.

A final reason it is easy to sympathize with Europeans opposing extreme forms of Islam is the fact that European tolerance for the laws of fundamentalist Muslim countries is largely not returned by these countries. It is ironic that many radical Muslims demand that Westerners adhere to local customs when staying in fundamentalist Muslim countries, yet these same radicals do not feel obliged to adhere to local customs when staying in Western Roman Catholic, Protestant, or secular countries in fact, they go a step further and coerce Western governments into recognizing radical Muslim customs, as is evident in the video threat against Belgium, not to mention the Muhammed cartoon debacle. It indeed seems unfair and arbitrary to make an exception to this laissez-faire approach for Muslims staying in Western countries.

Of course, it can still be argued that women who choose to wear the veil are not being oppressed or coerced, but this is hard to prove. At Universal Life Church Monastery, we encourage all of our ordained ministers to uphold religious freedom insofar as this does not impinge on other freedoms, such as the right to be treated as equal to the opposite sex. What is most important is to be able to identify when and whether the free exercise of religion actually restricts other freedoms. Despite the difficulty of the task, we should keep an eye out for the events in Europe to determine whether religion is being exercised without interfering with the rights of women.

Feel free to visit our Guide to Divinity to learn more about the tenets of Islam.