Men in Forced Marriages: A Real but Hidden Problem 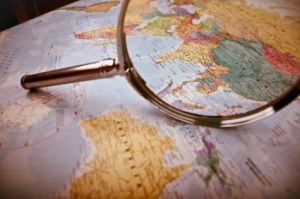 While forced marriage is not an entirely invisible problem, it is largely under-reported, and while most victims of the practice are female, male victims are often treated with suspicion and disbelief. One of the chief reasons men are forced into marriage is that their family have discovered, or suspect, that they are gay or bisexual. This violation of basic human rights and freedoms serves as yet another example how the most powerful members of society seek to control the affections of the most vulnerable members in order to achieve their own aim.

The problem has gained particular attention in the Middle Eastern, Indian, Eastern European, and African communities of the United Kingdom, which introduced forced marriage protection orders in 2008. Victims' families often subscribe to fundamentalist Muslim beliefs. According to Amelia Hill and Karen McVeigh of The Guardian, "The Albert Kennedy Trust, a charity for homeless lesbian, gay, bisexual and transsexual young people, recently reported a rise in the number of young gay Muslims contacting it for help." In addition, Britain's Forced Marriage Unit (FMU), a joint Home Office/Foreign Office agency, reported that 14% of forced marriage cases involved men, but they believe the figure could be as high as one in five. Although the majority of victims range in age from 15 to 25, one case the FMU received involved a 62 year-old whose family tried to marry him to a 35 year-old woman because they did not want to care for him any longer. Another case involved a man from Leicester whose family locked him inside his room because he was gay and went downstairs to discuss whether to kill him, abandon him in India, or marry him off. In yet another case, a young man was flown to Pakistan by his family, where they had arranged a marriage for him. When he refused, they locked him in his room, where his father came and beat him daily, breaking his legs and abusing him sexually.

One might wonder what fuels such desperate (and hypocritical) measures among families who seek to rid themselves of their brothers and sons in such a way. Reputation is a pre-eminent concern for these families, who view these young men as burdensome, deviant, or in some other way eccentric or abnormal. As Hill and McVeigh report, forced marriage "can . . . be a result of family commitments to relatives abroad or their own expectations, securing visas or an attempt to control their son's [behavior] or protect a family's reputation". Of course, such examples of holy matrimony and wedding nuptials have nothing to do with love nor even alliance-building between families but merely serves as a means of discarding unwanted or despised family members, or of shoehorning them into traditional roles in order to save face. Ultimately, it is the opinion of other family members and members of society that prevail, not interest in the well-being, or even the life, of the family members themselves. It is an ancient social structure which has proved difficult for Britons to challenge and dismantle even on their own soil, especially given the covertness of male forced marriage.

Male victims of forced marriage are often an invisible minority. Only adding to the challenge of prejudice and entrenched social structures is the fact that men have more difficulty than women in getting help, as Jeremy Browne, Foreign Office minister for consular policy, points out. "Professionals and communities can be very intolerant towards men being forced into marriage, even if they have learnt to be sympathetic to women in the same situation," notes FMU's spokesperson. "It can be hard to persuade people to believe it even happens." Despite the growing secularization of Europe, the largely religion-based problem persists in these very havens of freedom, thus it is imperative for communities to shed the preconception of men as invulnerable and take male victimization more seriously.

Although the practice of forced marriage can prove clandestine and shadowy enough to frustrate efforts at its elimination, with the FMU Britain has succeeded in setting up valuable resources for helping the women and men who become trapped in exploitative and often life-threatening circumstances. Perhaps other nations can follow suit by instituting government programs aimed at stemming the tide of forced marriages among vulnerable women and gay men.

Individuals in Britain who are being forced into a marriage can apply for a forced marriage protection order or contact their local authorities to obtain similar protection.