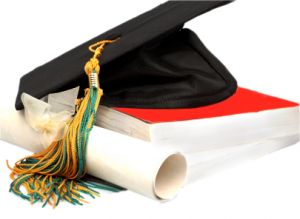 According to a recent study published in the Archives of General Psychiatry, married men tend to be nicer than single men, who tend to show more anti-social behavior than their married peers. The findings help create an even more detailed and balanced picture of the modern-day married male (as well as the benefits of marriage and weddings), along with other findings about marriage and sexuality that link male monogamy with higher intelligence levels.

The study is the latest in a growing body of research suggesting that married men are more docile. Lead researcher S. Alexandra Burt, who is also a behavioral geneticist at Michigan State University, examined 289 pairs of male twins and looked for any behavioral differences which arose between married and unmarried twins. In the study, researchers looked at the twins at the ages of 17, 20, 24, and 29, and discovered that those who were more civil towards others at 17 and 20 were more likely to be married by 29. Previous studies have indicated that the domestic lifestyle that comes along with the union of two people in holy matrimony might make men less likely to commit crimes or harm other people.

However, researchers are uncertain whether this is the exact reason for this difference between married men and single men. While it is possible that the married lifestyle inhibits aggressive behavior in men, it is also possible that some men are already nicer to be around, so it is easier for them to attract a woman and mark their success by celebrating the sacrament of marriage. Burt acknowledges the importance of considering both possibilities as combined factors. "The married men engaged in lower levels of antisocial behaviour [sic]at all ages", she is reported as telling CTV.ca, but, she adds, married life seems to encourage this docility even more. It would seem, then, that marriage both demands and nurtures docility and humaneness in men.

The study is just one of many which illustrate how men have been able to defy traditional gender norms often attributed to biological predisposition (the aggressive, logical, libidinous male versus the passive, emotional, sexually stagnant female). In another study on the way men behave in long-term relationships, evolutionary psychologist Satoshi Kanazawa discovered that more intelligent men (but not more intelligent women) tend to be more monogamous than their less intelligent peers, who tend to be more promiscuous. The more intelligent men also tended to be more socially liberal, as well as atheist, agnostic, or non-religious.

Kanazawa's explanation for these findings is that polygyny (male promiscuity) is evolutionarily familiar whereas male monogamy is evolutionarily novel. What this means, Kanazawa says, is that polygyny may have been useful in the ancestral environment, when males needed to spread their genes among as many females as possible, but not in the modern-day environment, in which new demands require men to settle down with just one female. He goes on to explain that it makes sense for higher intelligence in males to correlate with higher monogamy in males, since both higher intelligence levels and male monogamy are innovations in evolution.

At any rate, it would seem that if men want to avoid the inconveniences of prison sentences due to bar brawls or burglaries, they must be willing not only to do what it takes to attract a mate, but also find a wedding officiant, say the vows, tie the knot, and seal their commitment in the form of a wedding ceremony. Marriage may not be for everybody, but if it truly does reform men, it is an important consideration to make.

We welcome the opinions of our ministers ordained online. As a man, have you experienced an improvement in your treatment of other people since being married? As a woman, have you seen a change in your husband since marrying him?