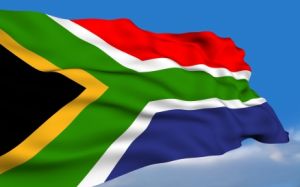 In recent articles on the role of religion in HIV and AIDS awareness, we have discussed the interfaith effort to end AIDS as well as the recent HIV screenings at predominantly black churches in Chicago. Now, one South African pastor has taken AIDS awareness a step further by preaching that Jesus Christ had AIDS. Most Christians in the region have decried the notion as sacrilegious, but if the intent is to show that there is nothing shameful about having HIV/AIDS, shouldn't this help break down the stigma and enable progress?

The pastor in question, Xola Skosana, has delivered a series of sermons about Jesus having AIDS at his charismatic, non-denominational ministry and outreach organization in Cape Town, with the intent of increasing public awareness of the epidemic, which is particularly rampant in Africa. The suggestion that Jesus could have contracted HIV, however, has roiled up Christians who rely on the moral superiority of Christ and his essential difference or separateness from the average human being. Pastor Mike Bele, of Nomzamo Baptist Church, objects to the sermons because, he believes, they suggest that Jesus led a promiscuous lifestyle:

The subject of my Jesus being HIV-positive is a scathing matter. I believe no anointed leader with a sound mind about the scriptures and the role of Christ in our lives would deliberately drag the name of Christ to the ground. But Skosana doesn't believe he is dragging Christ's name to the ground he argues he is simply attempting to portray an image of a more socially accessible, radical Christ. Lawrence Mijares, of All Headline News, paraphrases Skosana's position on the matter:

...though there is no evidence linking Jesus Christ with HIV/AIDS, by modifying the image of Jesus as having AIDS, Skosana hopes to send the message that AIDS victims are not to be shunned by the public, that people with AIDS are not cursed but are instead brought up by God. This, hopefully, would release inhibitions by many South Africans to take an HIV/AIDS test and get immediate treatment if necessary. In essence, then, Skosana claims he is not attempting to prove a connection between the great avatar of the Christian faith and a modern-day disease commonly contracted by sexual promiscuity; he is simply exploiting Jesus Christ's cachet to effect social change in a practical way, by saying that God understands the problem.

So why is Skosona's approach to spreading AIDS and HIV awareness so offensive to people like Bele? The idea of pointing out fault in Christ threatens to crumble the very theological bedrock of Protestant Christianity, which is centered on the doctrines of grace, atonement, and redemption. It purports that humans are essentially evil and hell-worthy, and that the only way they can avoid hell is to believe that God became a human being who was perfect a crucial distinction and had himself tortured to death in their stead. (This notion of the mission of Jesus Christ is essentially a preservation of the barbaric and superstitious Bronze Age practice of animal sacrifice, but with the deity incarnating and serving as the sacrificial offering usually depicted as a lamb presumably to quench in blood his own rage at the imperfection in the humans he himself created.) If we imagine Jesus as having AIDS, this would imply an error in his behavior, such as sexual promiscuity or some other foolish lapse in judgement, which, in turn, would imply his fallibility, thus utterly obfuscating the dynamics on which the Protestant conception of salvation is founded. After all, it is an innocent or perfect thing that has to be slaughtered for God, just like the noble-blooded elites in ancient Britain, or the finest, healthiest goats in ancient Judea.

But the fixation on Christ's character misses the point. Skosona is not being literal when he claims that Jesus had AIDS he is simply using a metaphor to illustrate the point that God, or Jesus, does not stand aloof, but commiserates with us in our suffering. The Reverend Siyabulela Gidi, a legally ordained minister and director of the South African Council of Churches in the Western Cape, is one clergyman who views Skosona's ministry from this perspective. Quoting Gidi, Mijares writes, "To associate Jesus with HIV is powerful, particularly for those who go to church . Now people are starting to think: 'If Jesus could be HIV-positive who am I not to have it even if I go to church?'" The main thrust behind the pastor's ministry seems to be that nobody who is living with HIV or AIDS should feel as though Jesus is too good to empathize with them or offer them sanctuary from their plight.

Besides, one might suggest that if Jesus did have such a disease, and that he was so spiritually and morally advanced despite it, then there is no reason why it should preclude the spiritual advancement of any ordinary human being, either. And this brings people hope. Of course, one might go a step further and suggest that Jesus was just an ordinary person, and not God incarnate, which forces people to consider the possibility that ordinary human beings, with their frail, diseased bodies, can attain spiritual enlightenment, that they do not require the savage butchery of an innocent avatar in order to find salvation.

Feel free to tell us what you think. Are Skosona's "Jesus Has AIDS" sermons an insult to a distant, infallible Jesus Christ, or do they help people living with HIV and AIDS feel welcomed by their God, thus opening up an honest dialogue on the problem and helping mobilize societal efforts to eradicate the disease?