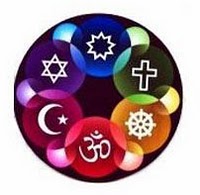 In a recent post on the role of religion in HIV prevention, we discussed how religious attitudes can either hinder or facilitate education and awareness about the disease, either helping or marginalizing patients. Pressure on religious leaders to educate and minister to their congregations about the issue has come to the forefront again with the commencement of the United States' National Week of Prayer for the Healing of AIDS, which lasts from 7th to 13th March. Although some conservative religious voices still contest the idea of religious organizations educating about HIV prevention, leaders from diverse religious backgrounds Christian, Jewish, and Muslim alike have moved beyond judgement and petty differences and sought to bring awareness to their congregants and laity in an organized interfaith effort.

One place where the baton has been taken up, as it were, is Thorne Chapel Baptist Church, in Rocky Mount, North Carolina, where local educators and religious leaders kicked off the Tri-County Interfaith Aids initiative at the ninth annual Caregivers Appreciation Banquet. According to John Henderson of Rocky Mount Telegram, the Banquet seeks to recognize the efforts of caregivers in supporting people with HIV and AIDS, providing such individuals a social safety network, and raising community awareness about the facts regarding the disease. In attendance were master of ceremony Rev. Reginald Silver and mistress of ceremony Arlinda Ellison, health educator with the Edgecombe County Department of Health, who was presented by Silver with a certificate recognizing her efforts. There has probably never been a more opportune time or place for such a gathering Edgecombe County has the highest percentage of HIV infection of any North Carolina county.

The exchange highlights a practical approach by at least some mainline Christian denominations, which have steered away from inveighing against sin and vice at the pulpit to caring for the ill and honoring their caregivers. "The whole week is about exposure", pointed out Ellison in down-to-earth terms. "We're putting the word out about testing. We're putting the word out about coming together as a community. We're putting the word out about supporting individuals who are infected, or even the family members who are affected." According to her, the Interfaith AIDS Initiative is seeking to get churches of various denominations and faiths involved in making HIV and AIDS awareness a priority in church ministry and minister training. Melvin Muhammad, outreach coordinator for Carolina Family Health Centers in Wilson, North Carolina, echoed Ellison's belief that religious organizations should be pioneers in prevention and education, saying the initiative is about "genuine love".

Many of us assume that it is only natural for any religious organization to safeguard the health of its community by educating it about health risks and to honor those who care for the ill, weak, and vulnerable, but there is still a strain of thought among the pious which ignores the kind and loving efforts of leaders and fixates on the sin of the act which supposedly incurred the disease in the first place. This lingering prejudice became evident when one commenter in the Telegram article inquired, I am curious as to if these churches are teaching about morality also and a great way to prevent AIDS is to not have sex until marriage. Dont [sic]do drugs and you will not get the virus. Are they leading the community to Christ also? Are they trying to minister to the homosexual people at Battle Park and lead them to Jesus? Just curious.

Some of our readers may agree with this challenge, but others, of course, will already have an arsenal of arguments in mind to wield in response to such sentiments. Does it not constitute morality not to mention magnanimity to forgive the "sinner", move beyond the sin, and show them support through their illness? Is it not also Christ-like to do exactly this, just as Christ himself loved the prostitute? There is the even bigger question whether or not an act which potentially results in the contraction of a life-altering condition constitutes sin in the first place. After all, it may be purely accidental, and we know it is possible, though perhaps vanishingly rare, to contract the illness through the benevolent means of blood transfusions.

With these questions in mind, Universal Life Church Monastery would like to give our own ordained ministers the chance to share their thoughts on the efforts of Thorne Chapel Church and the Tri-County Interfaith Aids initiative. If one thing is certain, it is that collaboration among faith groups in standing up for fundamental principles is possible. This can be done in many ways whether by raising awareness about the issue on our church discussion forum, reading a sermon, or sending a prayer online. In the end, we hope that more of our ministers, regardless of spiritual persuasion, will see the great opportunity for putting purpose into their ministry by supporting and caring for the less fortunate.

Learn more about interfaith traditions: read about Unitarian Universalism in our Guide to Divinity.