Heading Toward a Post-Christian West 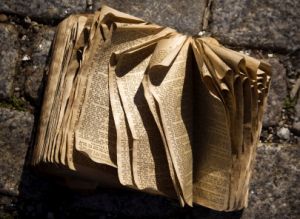 This past December 25th marked the first Christmas ever for a Britain composed of a non-religious majority, and, while a majority of Americans still identify with one of the major world religions, there are signs that the United States is moving in a similar direction. In the former case, secularism seems to be the path of choice for moving beyond a Christian-dominated worldview, while in the latter, it seems to be a combination of secularism as well as increased religious plurality. Either way, the ascendancy of Christendom might be said to have peaked, and to be undergoing a gradual obsolescence, at least in these two core incubators of Western thought. Is the West turning into a post-Christian society? If so, what are the consequences of this watershed transition?

In its annual review, the British Social Attitudes survey asked a representative sample of Britons whether they belonged to a religion and, if so, which one. 2010 was the first year in which a majority of those polled at fifty-one per cent reported that they belonged to no religion whatsoever, as compared with thirty-four per cent in 1985. Atheism, agnosticism, and other forms of secularism have become increasingly acceptable. Two of Britain's three major political party leaders Deputy Prime Minister and Liberal Democrat leader Nick Clegg, as well as Labour Party leader Ed Miliband are open atheists (and yet, ironically, the country still has a state religion, and a queen who is its "defender".) In the United States, where politicians are pressured into professing religious belief to appeal to the affections of the religious majority, a similar survey was completed in 2008 called the American Religious Identification Survey. According to that survey, fifteen per cent of those polled reported that they belonged to no religion. While this may look paltry in comparison to the vast proportion of British secularists, it is helpful to note that this percentage has nearly double since 1990, increasing from only 8.2 per cent. And while most of this growth occurred in the 1990s, the trend is still in the direction of secularization. Furthermore, the "Nones" (non-religious people) were the only group whose numbers grew in every single one of the contiguous forty-eight states.

However, secularism is not necessarily the only means with which to challenge the dominance of the Christian faith tradition. Many Americans have done this by considering their theological options often in the form of alternative traditions such as Buddhism or New Age thought and risking being labeled a hell-bound sheep that has strayed from the flock, as it were.

In a recently-published study on religion in America, researchers Robert Putnam of Harvard University and David Campbell of the University of Notre Dame concluded that, while Americans have never before been more divided over religion, they have never been more tolerant toward different faith groups, either. In the study, Putnam and Campbell found that highly religious people tend to be more conservative, right-wing, and Republican, whereas highly secular people tend to be more progressive, left-wing and Democratic; they also found a significant increase in openness toward different theologies and spiritual traditions: according to Putnam, "In [their] private lives, Americans have been busily building much deeper, closer, personal connections with people across religious lines, including across the line between religious and non-religious". He adds that belief has become fluid in the U.S., since so many people are close to or familiar with very good people who hold different beliefs. This, he suggests, is partly why, according to the study, one-third of Americans have changed religions, while over one-third of American marriages consist of people from different religious backgrounds.

So, while Britons have shown a tendency to adopt secularism as their worldview, Americans have shown a compromise between greater secularization andreligious fluidity. In both cases, however, the people of these nations have become increasingly suspicious of the validity and relevance of the Christian worldview.

What are the consequences of this ostensible paradigm shift? Religious conservatives might see it as a bad omen for physical health. A recent Gallup poll on religion (which controlled for demographic, economic, and geographic factors) found that more religious people score higher on a health and well-being index than non-religious or moderately religious people. One might assume, "Well, of course. Religion teaches you to take care of your body." But critics (as well as the poll's researchers themselves) point out that this does not mean that religion makes people healthier, because it does not constitute a causal relationship between greater religiosity and better help rather, it merely shows a positive correlation between the two. They point out that religion might become more attractive to people who are already healthy, or that a third variable could increase both religiosity and well-being simultaneously. Furthermore, it might be argued that religion does not inherently promote good health more than non-religion; it is just that religion has been the traditional rulebook for promoting it in most societies and non-religion has not yet had the support or opportunity to establish and organize itself with this agenda in mind. It may be possible for any moral system, then, to promote physical well-being. So, it might be presumptuous to say that the increased secularization of the West is a harbinger of poor health for Western people.

It has always been an important mission of the ULC Monastery to forge a sense of solidarity among people of different backgrounds, whether religious or secular. Hopefully, whatever cosmological worldview predominates in the end, it will not lead to the persecution of members of the minority worldview. Share your thoughts with us. Do you think the West (and not just Britain and America, but France, Canada, Germany, and other Western nations) is becoming a post-Christian society? Do you feel this transition is good, bad, or inconsequential? Take advantage of our ministers' networking opportunities or join our Facebook discussion board to express your opinion on the matter.

Read more about atheism, agnosticism, and secularism by visiting our Guide to Divinity.