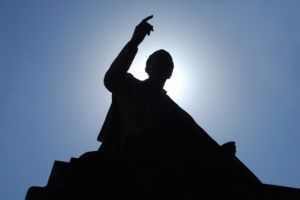 Do religious trends pander to self-centered desires? Evangelist Billy Graham suggests they do in his new book, The Reason for My Hope: Salvation, which is due for release on 15 October. In it, he criticizes churches for compromising the integrity of Biblical doctrine and kowtowing to the modern-day spiritual sensibilities of parishioners. Unlike Graham, however, the Universal Life Church Monastery believes everybody should follow their spiritual conscience.

Putting the "Doctrinal" Foot Down

The 94-year-old preacher's comments betrayed a tone of polite disapproval of churches which mold their ministries to meet the desires of the community. "Many churches of all persuasions are hiring research agencies to poll neighborhoods, asking what kind of church they prefer; then the local churches design themselves to fit the desires of the people", he writes in his book, adding that "[t]rue faith in God that demands selflessness is being replaced by trendy religion that serves the selfish". His remarks come at a time when the Billy Graham Evangelistic Foundation prepares for an evangelical campaign in November called "My Hope America".

Graham's stalwart theological conservatism extends beyond his remarks on "trendy religion" to his thoughts on sin, salvation, and religion in government. He argues in his book that "every last one of us is born in sin, and while some may not think of themselves as sinners, God does", and that "[w]hen we hold on to something that is dearer to us than receiving the greater gift of salvation in Christ, we lose".

What about Online Churches?

Graham's view on religious trends begs an important question: what would he think about the Universal Life Church and people who get ordained online? If his statements on sin and salvation serve as any clue, many ULC ministers would be branded as godless heathens given their varied backgrounds, and the ULC, as one of the dreaded "religious trends" he describes sweeping the American social landscape, since it shifts focus away from dogma and toward spiritual self-realization.

Whether or not one agrees with Graham's views on modern religious trends, he makes an astute observation about the growing acceptance of personalized spirituality. Unlike Graham, however, the ULC sees this not as an exercise in self-centeredness, but as a selfless acknowledgement of others' paths.