Does the Pope Really Care if You Believe in God? 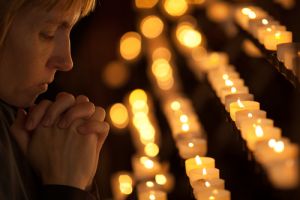 Recently on the ULC Monastery blog we discussed Pope Francis I's unprecedented statement that atheists can enter heaven, too. Now the leader of the world's largest Christian denomination has qualified this statement by suggesting that following one's conscience is more important than believing in God. For the Universal Life Church the pope's words represent a welcome change of heart.

Conscience versus Belief in God

The pontiff made his remarks in a letter to the founder of La Repubblica newspaper, Eugenio Scalfari, who had published in the paper a series of questions to the pope. "God's mercy has no limits if you go to him with a sincere and contrite heart", said Francis, answering a question about whether God forgives non-believers. "The issue for those who do not believe in God is to obey their conscience", he continued, adding that "[s]in, even for those who have no faith, exists when people disobey their conscience". Thus, in the pope's view, it would seem that moral indifference, not disbelief in God, constitutes the greater sin.

Do these down-to-earth, almost warm-hearted displays of open-mindedness towards non-believers mean the pope is turning into a left-leaning, laissez-faire apatheist? Probably not, but it is difficult to say. "Francis is a still a conservative", said Robert Mickens, the Vatican correspondent for the Catholic journal _The Tablet__, maintaining that "_what this is all about is him seeking to have a more meaningful dialogue with the world". Meanwhile, however, Archbishop Pietro Parolin has told a Venezuelan newspaper that the question of priestly celibacy is now open for discussion.

Still, liberals and conservatives alike are unconvinced that the pope and the Church are moving toward greater pluralism. In the conservative magazine American Spectator, Matthew Naham argues that the pope's remarks still place importance on the act of seeking God. At the same time, equal rights advocates point out that Church doctrine still officially condemns homosexuality as a sin and bars women from the priesthood.

Thus, while Pope Francis's appeal to conscience may seem progressive, he is still bound to uphold centuries-old doctrine on homosexuality, celibacy, and women's roles.