Syria and the End Times 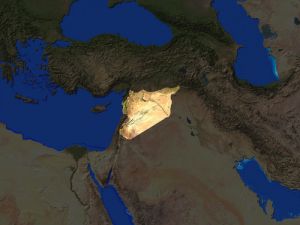 One third of Americans believe the events in Syria portend the End Times, according to a recent poll. The results come as many conservative Christian leaders are pointing to the Syrian war as evidence of Biblical prophecy and apocalyptic fiction writers are dominating book sales. For ordained ministers of the Universal Life Church, it is always good to keep an open mind and hear people out, but it is equally good to take a calm and objective stance and treat their words with a critical eye.

The Theology of End Times

The LifeWay Research poll asked 1,001 Americans if they believed "the battles in Syria are all part of the prophecies of the Book of Revelation", with thirty-two per cent responding "yes". Twenty-six percent believed, "U.S. military intervention in Syria might lead to the Battle of Armageddon" mentioned in the Book of Revelation. Additionally, rich, northern men were less likely to believe in a Syria-End Times link than poor, southern women.

Much of the speculation is inspired by Isaiah 17, which states Damascus will be destroyed and left in ruins, and religious fiction writers have capitalized on this. When Joel Rosenberg wrote his book Damascus Countdown, former presidential candidate Rick Santorum wrote a positive blurb about it, even inviting Rosenberg to discuss the book on his radio show Patriot Voices_._ Rosenberg has also discussed his book with Texas governor Rick Perry and Rep. Louie, as well as the conservative Heritage Foundation.

Casting a Critical Eye on the Theory 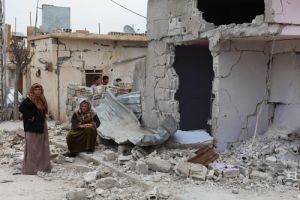 Seeing connections where we want to see them is too easy, though, suggests author and End Times researcher Tom Lombardo. "Interpreting events doesn't lead to an understanding of what's going on. I believe it actually clouds the understanding", he says, arguing that followers of prophecy tend to pick and choose dates from the Bible that will link prophecies to modern-day events. He explains that this is a way for them to make sense of a complex, modern world.

Searching for a Syria-End Times link has moral problems, too. What do people mean when they say the destruction of Damascus is necessary for the onset of Armageddon and, hence, the return of Christ? Are they saying that the death of innocent civilians is necessary for the return of Christ? For surely Damascus has civilian inhabitants. Such a viewpoint places greater priority on proving Biblical prophecy than on defending innocent human life.

Whether or not one believes in End Times prophecy, it presents many questions that deserve our calm, moderate reflection as Universal Life Church ministers.