Does Lady Gaga’s “Born This Way” Send the Right Message? 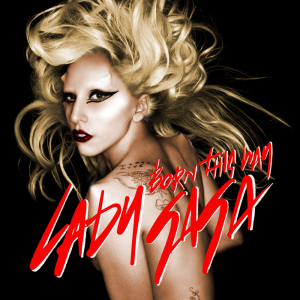 Upon its release, Lady Gaga's dance hit "Born This Way" instantly became a brazen vindication of homosexuality's biological basis. The LGBTQ community revelled in the message that homosexuality was immutable and therefore deserved society's approval. The problem, though, is that the song's message is founded on the principles of biological determinism, a philosophy which reinforces the social inequities that the LGBTQ community and other minorities are struggling to eliminate. In other words, the song's message relies on a socially damaging cop-out about human nature. Perhaps what we need to do is take a fresh approach on gay and lesbian apologetics by critically examining the consequences of biological determinist thinking for oppressed groups.

Essentially, biological determinism states that people are born with certain immutable biological characteristics, and that these characteristics help explain the social inequities we see in society. By contrast, social determinism (a seemingly non-canonical term) posits that the behavior of the individual is determined by social mores and institutions. Since they are both forms of determinism, biological and social determinism are the opposite of free will, a philosophy which states that human beings ultimately possess agency and volition over their actions. Finally, compatibilism states that free will and determinism are not incompatible, and that both simultaneously influence the behavior of the individual. And then there is epigenetics, which is relevant but lies outside the scope of this article.

One might think that, ostensibly, biological determinism would serve gays and lesbians, because it transfers responsibility for homosexual behavior from the person to the person's biology, thereby exonerating that person of any claims of moral turpitude. According to this view, if homosexuality is biologically predetermined, gays and lesbians are not sinning against God, because they are blameless. A person's sexual and romantic affection for members of the same sex is driven by the neurochemistry of his or her brain (which happens to be created by God, as Christians themselves would argue), and it is unfair to blame a person for the neurobiological processes they cannot control, hence it is unfair to blame a person for his or her same-sex affection. In short, the idea is, "You can't blame a person for something they can't control."

It seems like a triumphant final "hurrah" in defense of homosexuality, but is it really a good philosophy for human beings in general? Maybe not so much.

Using biological determinism as an excuse for our behavior might inadvertently hamper efforts at achieving gender equity. The biological determinist model posits that boys are inherently more aggressive, lustful, and dominating than girls, and girls, more passive, emotional, and nurturing than boys, because of some genetically-influenced cocktail of hormones which shaped their brains in the womb. But is this philosophy scientifically sound, and does it serve boys and girls? As Cordelia Fine points out in her book Delusions of Gender: How Our Minds, Society, and Neurosexism Create Difference, scientists do believe that testosterone determines which set of genitals a baby will develop, but it is much less certain how it determines which toys children like to play with, let alone which types of careers they wish to pursue later in life. The neuroscience used to support the hardwired sex differences which result in gender inequity, Fine shows again and again, is methodologically flawed, misinterpreted, or simply nonexistent. If we think about it, we can see the slippery slope of excuses which might be used if we embrace biologically determined sex inequity: for example, when a man rapes a woman, it isn't really his fault, because he was being controlled by testosterone. In effect, rapists get off the hook because "boys will be boys". But bio-determinism is dehumanizing for another important reason: empathy is something that defines us as human beings (or as mammals at least), and we need as much of it as we can get, but bio-determinism posits that boys are inherently less empathetic than girls, so, essentially, what it is suggesting is that half of the human race should be crueller than the other half. This is absurd if our greatest goal is to encourage as much empathy as possible. Does the LGBTQ community really want to promote such destructive self-limitation? 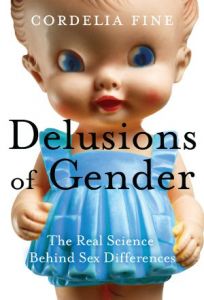 Biological determinism could even be used to justify certain racist assumptions. As bio-determinists, we might argue that black people are inherently more violent than white people in order to explain the disproportionately high number of black people in American prisons. We might also invoke bio-determinism to explain the higher mortality rate of black people, and why they need this-or-that medicine (the commercialization of race for the purpose of lining the pockets of drug companies). This racialization of social issues is roundly criticized by Dorothy Parker in her book Fatal Invention: How Science, Politics, and Big Business Re-Create Race in the Twenty-First Century. When we embrace bio-deterministic explanations for racial inequity in health and crime rates, we are automatically enabling such inequity to persist. Clearly it is not beneficial for us, though, so we should probably stop making excuses, show some volition, and pick up the slack, no? For this reason, the LGBTQ community might wish to be cautious about how they use the bio-determinist explanation for homosexuality.

Ironically, the "Born This Way" maxim might not just hurt women and racial minorities--it might actually end up hurting the LGBTQ community, too. By using biological innateness to justify their desires, gays and lesbians are simply giving power to the oppressor, because they are sort of implying that they "can't help doing something that is wrong." In other words, they suggest, homosexuality shouldn't be accepted because it is inherently good; it should be accepted because gay people can't help being gay. It's kind of like saying, "congenital heart disease is bad because it kills people, but it should be accepted because it's biological." That's just ludicrous. Of course it shouldn't be accepted just because it's biologically-based; it should be eliminated because it kills people. What is taking place here is an "appeal to nature" fallacy, which states that a thing is good because it is natural, and bad because it is unnatural. But a thing is not good because it is natural, or bad because it is unnatural. So, what gays and lesbians should be doing is saying, "Even if homosexuality weren't natural, that doesn't make it wrong. It is also your choice to be a Christian, but I don't discriminate against you because of that." Thus, to deny power to the oppressor, the LGBTQ community might focus on critiquing the appeal to nature fallacy rather than affirming it.

As we can see, Lady Gaga's widely adored anthem ostensibly vindicates same-sex desire, but in many ways it actually reinforces damaging social inequities for women and racial minorities. It is even self-sabotaging for the LGBTQ community itself, given how it requires homosexuality to be natural in order to be justifiable. Certainly, the body does play a role in how we behave as human beings, but it does not necessarily control our behavior in every way from birth. Absolute social determinism and absolute biological determinism both seem a little implausible, so perhaps we should consider paying more heed to compatibilism--the philosophy that allows for a complex interaction between the mind, the body, and society. We might even argue that we have more free will, more agency and autonomy, than we give ourselves credit for. Maybe we weren't strictly "born this way" after all, and maybe there's a bigger "socio-biological" picture to why we do what we do, but that doesn't make homosexuality wrong any more than it makes Christianity wrong. Maybe what we should be doing is defending minority sexual identities for their own sake, not for their basis in biology. 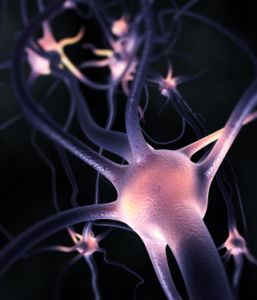 Of course, at the end of the day, it just so happens that there is a mounting heap of evidence defending at least the partial innateness of homosexuality, but, alas, it is exceedingly difficult to teach a religious fundamentalist new tricks, isn't it?

The Muck of Ages