In the latest sexual abuse scandal to rock the Catholic Church, a shocking report reveals that more than 500 boys suffered physical and sexual abuse at an acclaimed Catholic choir school in Germany. The abuse took place over a period of 50 years beginning as early as 1945 and continuing all the way into the 1990s.

The Regensburger Domspatzen choir is legendary in Germany. In fact, its origins trace all the way back to the year 975, making it the oldest choir in the world. Experts attribute the choir's success to its unique model: a boarding school for young singers. However, when places in the wrong hands this model proved to have disastrous consequences the choir boys were essentially stuck inside school grounds 24 hours a day, unable to escape abusive authority figures.

Survivors likened the place to "prison, hell, or a concentration camp". Mistreatment was the norm, and victims were pressured into silence.

Initial reports of abuse surfaced back in 2010, but it wasn't until recently that the scale of the crimes became clear. A prominent German lawyer was tasked with conducting an independent investigation into the choir school, and his findings were both striking and saddening.

The lawyer's 440-page report paints a dark picture: at least 547 boys were abused while enrolled at the school and those are just the confirmed cases. For victims, it was "the worst time of their lives, characterized by fear, violence and hopelessness."

The majority of the abuse was physical, with boys suffering brutal beatings for the slightest perceived misconduct. However, there were also at least 67 documented cases of sexual abuse.

If there's one main takeaway from the report, it's this: the abuse was systemic perpetrated not by a handful of bad apples behind closed doors, but by a large number of priests, teachers, and school administrators out in the open.

Further complicating matters is the identity of the choir school's director. From 1964-1994 (during the height of the abuse), the school was led by none other than Georg Ratzinger, the brother of Pope Benedict XVI.

Ratzinger is still alive, and suddenly under the microscope. Now 93 years old, Ratzinger maintains that while he knew of the physical violence (and indeed made a habit of slapping students in the face), he had no idea how brutal it really was. Ratzinger also claims to have been unaware of the sexual abuse taking place.

But the commissioned report says otherwise. Given the systemic nature of the abuse, it concludes, it would have been impossible for Ratzinger not to know. The former schoolmaster's statements don't exactly bolster his claims of innocence, either:

"Pupils told me on concert trips about what went on... it didn't dawn on me from their stories that I should do something," Ratzinger said. 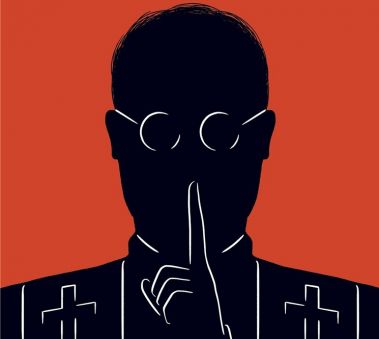 The fact that the Pope's own brother was informed about the abuse and decided to look the other way speaks volumes.

Although the scandal itself is tragic, what's perhaps even more troubling is the public's reaction to it. The story made the news, but was largely met with a collective shrug. It soon disappeared from the headlines. "Just par for the course from the Catholic Church," critics jibe.

Clearly the Vatican continues to struggle to shake this reputation of corruption and coverups. While it may yet be possible to repair its toxic image, each new revelation of abuse makes such an outcome appear less likely to occur. We sincerely hope this latest report will prove to be the last, but forgive us for not feeling confident in making that prediction.