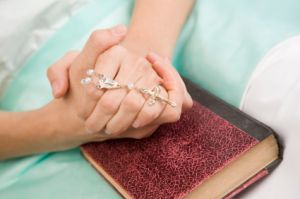 On a recent episode of the HBO talk show Real Time with Bill Maher, the issue of religious faith and health-care happened to come up, providing an important question to contemplate. The debate centered on conservative commentator Ann Coulter's statement that, with special exception, she did not need psychiatry because she had faith in God, and LGBT activist Chaz Bono's retort that God and psychiatry are not incompatible a person can believe in and benefit from both. What the debate reveals is the lingering assumption that God necessarily works in the most mysterious and invisible ways, when in fact it is very possible that God works in the plainest, and most mundane of ways. It may not be very romantic, but it is commonsensible.

The debate began when host Bill Maher mentioned that FOX news commentator Dr. Keith Ablow described Bono's transition from male to female as a "psychotic delusion". It was not Bono's purported "pathology" which was the focus of the exchange, however, but rather the usefulness of psychiatry and the role of God or a higher consciousness in mental health. After giving a brief summary of Ablow's polemical attacks on himself and Bono, Maher asked Coulter if she would ever visit such a psychiatrist. In response, she stated no, because she believes in God . Bono chimed in and politely challenged Coulter by asking, "Believing in God and psychiatry how are those two things opposed to each other?" Coulter did not give a direct response to this, but she did clarify that she would only visit a psychiatrist to seek treatment for chemical imbalances, relying on God in all other matters. Bono continued his challenge to Coulter's either-or thinking by saying, "I've gotten great use of therapy, and I believe in God. I don't look at them as two mutually exclusive things. I want all the help I can get." In other words, Bono explains, God and mental health practices can go together.

Bono's concise and insightful argument can be illustrated using an allegory which is perhaps familiar to many readers. It is the parable of the God-fearing man who drowned, and it goes somewhat as follows. One day a terrible flood inundated a man's town. When the waters threatened to submerge his house, a fire engine came and the firefighters aboard offered the man a ride to safety. He refused, stating that he relied on God to save him. Soon, the waters flooded his house and he was forced to climb atop the roof. A rescue boat came and the passengers offered the man a ride to higher ground. Still he refused, insisting that the power of God was on his side. Eventually, the floodwaters began creeping over the rooftop. A rescue helicopter came, and the passengers offered him safe refuge several miles away. Once again he refused assistance, claiming that God would save him. Eventually the waters overtook the entire house and swallowed the man, and consequently he drowned. When he reached the heaven of the biblical afterlife, he met God. He asked God, "Why did you not save me from the flood waters? I showed faith in you." Nonplussed, God responded, "What are you talking about? I tried to save you. I sent you a fire engine, and when you refused this, I sent you a boat, and when you refused this, I sent you a helicopter. Still, you refused my help. What else could I have done to save you?" The point is that divine intervention may be less mysterious than we think.

Why do people expect God to be so enigmatic and supernatural? What must God do to drive the message home? The notion that medicine is necessarily separate from the work of God may stem from an artificial separation of God and nature. This attitude seems to be more commonplace among Christians, Jews, Muslims, and others who follow the monotheistic Abrahamic faiths than it is among pagans, witches, and others who follow earth-centered religions. In the "separationist" view, psychiatry is connected with earth, and not God, because it is the product of human beings, who are earthly creatures separated from God. Of course, this presupposes that God and the earth are separate in the first place. But what if they are somehow connected, and what if nature is in God, and God, in nature (resulting in pantheism)? If this is the case, psychiatry and other forms of medicine, mental health, and the healing arts are not incompatible with God, because they are earthly constructs, and earthly constructs derive from God. In a word, psychiatry and other products of the human intellect might constitute the work of God through earthly instruments.

This idea may be hard for traditional monotheists and some Christian Scientists to accept, but it is probably a no-brainer to many pagans. Separating the divine from the natural might sometimes be an inappropriate and even counter-productive action to take. This point becomes especially important when we consider cases in which parents neglect ailing children out of the belief that God will heal them. As Bono tried to point out to his friend Coulter on Maher's show, there is no reason why faith in God and human medicine should not work in unison to provide optimal healing for mind and body. If we want to find the "fingerprint of God" or some other sign of the divine at work in our daily lives, we may have no further to look than our local scientific research laboratory, where the latest discoveries in science, medicine, and technology are being made. For these are all earthly constructs.

Tell us what you think. Can humans be healed of mental or physical illness through the act of prayer or faith alone, or is human medicine a crucial tool in divine intervention?