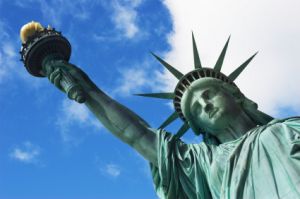 As they exult in the recent passage of marriage equality in New York state, supporters of same-sex marriage still have many questions about how to perform a legal wedding ceremony for the upsurge in newly engaged couples. Filling the vacuum of much sought-after wedding officiants is a host of newly ordained priests and ministers in the Universal Life Church Monastery, which has long supported full equality for lesbian and gay couples. During this time of momentous social change, these young ministers will be able to play a vital role in celebrating unions based on love and mutual respect.

Demand for same-sex wedding officiants has surged since the passage of the bill, especially since New York state is the third most populous state in the United States, and New York City the most populous city in the country, with over eight million people in the city proper alone. Additionally, New York is the second biggest city in the world, just after Mexico City, where same-sex marriage is legal. Christina Boyle of The Daily News quotes ULC Monastery spokesman Andy Fulton as saying, "Just over half of the New York wedding officiant packages we've shipped since June 24 have gone to New York City". New York's size and influential role in world affairs, culture, and the economy make the passage of the bill particularly historic and show that change is possible on a relatively large and complex scale. Who better to welcome this giant leap forward than an interfaith, nondenominational church like ULC Monastery?

ULC ministers have various reasons for deciding to get ordained online to perform a legal wedding ceremony, but many share a common vision of helping out traditionally marginalized people because they have seen firsthand that these people love each other just as much as anybody else and therefore deserve the same treatment. One of these ministers is Nancy McAlley, a registered nurse who decided to become a minister online in the church so that she could be there for couples who might be rejected by other wedding celebrants: "When the law passed, I felt there were so many people out there wanting to get married that I would sign up and be an option for them", she told Boyle, adding that "gay couples deserve the same rights as straight couples," McAlley, 61, said. "I'm open to doing the ceremonies anywhere". Many ULC ministers agree and, realizing it is only fair and reasonable to reward our best human virtues, have offered their services as a gesture of recognition and respect for loving, committed relationships.

But what are the roadblocks to getting a marriage legally solemnized in New York state? There are multiple resources which can help facilitate the ordination and marriage officiation process for both prospective ministers and engaged couples. Ministers and couples should obtain information on New York state wedding laws, which differ from those of other states, as well as contact their local clerk's office to ensure that marriages are registered properly. In addition, specific documents (included in the ULC Monastery's New York same-sex marriage officiant package) are required by the state and city of New York for ministers to carry out a legal sacramental wedding ceremony in these places. Of course, there are myriad other questions and concerns new ministers and couples have about marriage in New York, but hopefully these cover the basics and will help make for the best wedding experience possible.

The news about marriage equality in New York is truly galvanizing, but people still have questions and concerns about logistics. If you have performed a wedding in New York or have been married there since the passage of the law, we invite you to share your story. What sort of hurdles did you have to overcome, and what advice can you give others who hope to find a wedding officiant or plan a wedding there?