Thou Shalt Not Mess With Freedom Of Religion 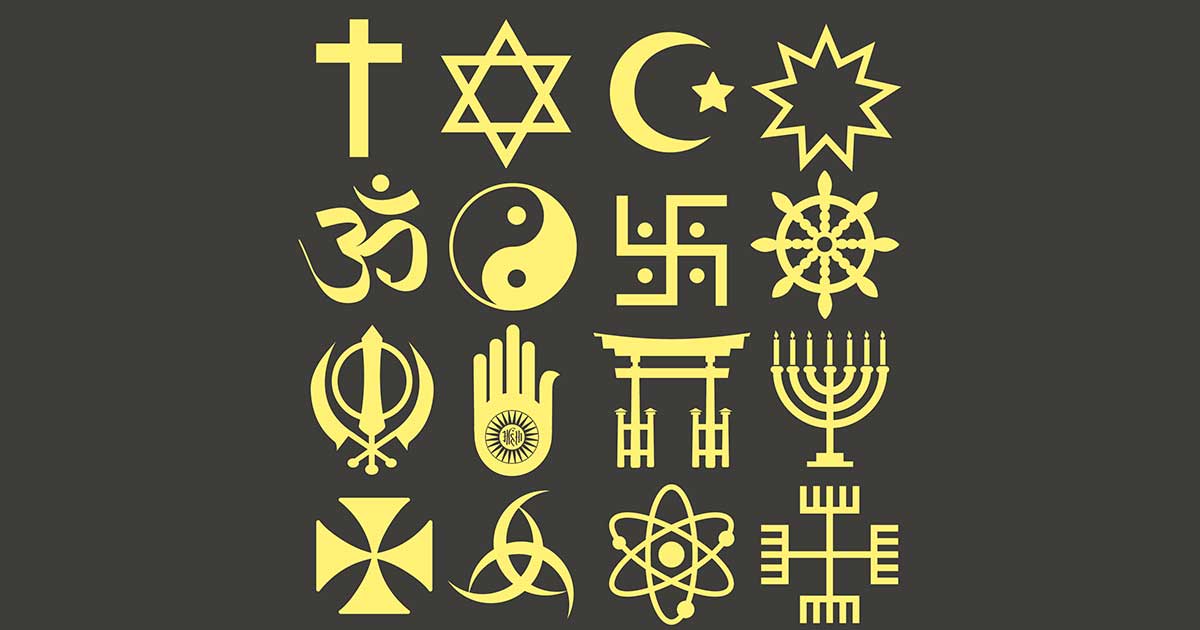 In keeping with the theme of the discussion, the First Amendment goes something like this: Thou shalt not make a law respecting establishing a religion, thou shalt not prohibit the free exercise thereof, freedom of speech and freedom of the press are off limits, the people may peaceably assemble and they may petition the government for redress of grievances. Which, in plain English, means setting up just one religion will not be tolerated, everyone's beliefs are okay and they may practice them, freedom of speech and freedom of the press are self-explanatory, people may peaceably get together, and they can hold the government responsible for grievances. Got that?

This is the land of the free and the home of the brave. As such, folks have started their own company because they disagreed with something regarding their profession, or wanted to branch out. Think of Bell telephone and automobile makers. This principle is the foundation of the American dream. Now apply that to faith and beliefs. Each major religion has branches that broke off because of administration or divergence of belief. Some broke off to pursue more mystical subjects, others to adhere to a more strict regimen of ritual or belief. They are perfectly free to do that under the First Amendment and their protection is guaranteed.

The advent of the Internet bore fruit of the kind that isn't always understood today. Information is varied, free of charge and instantly accessible. Beliefs of all kinds are explained in depth and the invitation to learn more or join in their beliefs is issued in a friendly open manner. The movement to join in understanding and divine love is gaining momentum and stands a better chance to unite mankind than any amount of war ever did. The diversity is astounding, from the founder of Pastafarianism to Qabbala to Paganism.

Freedom of the press is protected because the authors of pages explaining beliefs and inviting others to discuss the matter have suddenly become the press. Anyone can put up a page online dealing with all manner of subjects from pet care to how to cut the grass to how to make a snowman. Anyone, in short, can now become the press, because they are authoring something that is being published and public. Freedom of speech in discussing whatever is the subject of the page is protected as well, as is the freedom to exercise your beliefs.

Peaceable assembly is a no-brainer because it's a little difficult to cause a crowd to get rowdy when the crowd is one and that one is sitting in front of his computer. Even in a group of people discussing a subject, generally they're having a latte and a brioche while discussing the latest news, YouTube video, political opinion or their date the night before. Even if religion or beliefs enter the conversation, their right to get together and talk about it is protected.

Online churches are a curious subject because their congregations listen to podcast sermons and participate via IM windows. This might not be termed an assembly, but it is clearly subject to freedom of the press, freedom of speech and the right to pursue your beliefs. Judging by these criteria, online churches should be free from persecution and protected by the constitutional amendment. The proliferation of online churches also clearly demonstrate the search for individual satisfaction, a person's search for something that matches their belief.

Because online churches operate in the ether instead of on the ground does not place them out of the protective reach of the First Amendment. Thou shalt not log off Sunday.