Traditionally, malpractice insurance has been reserved for professionals such as doctors and lawyers. However, the onset of lawsuits against clergy in the 1980’s has expanded its use among ministers and churches. By understanding the risks for litigation against religious leaders, a minister is able to determine if this type of protection is beneficial for them. 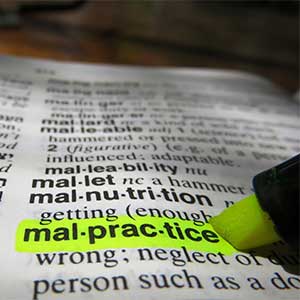 Primarily, malpractice claims appear to arise out of the role of the minister as a counselor. In providing this intimate personal service, ministers have been charged with inappropriate sexual conduct, failure to provide adequate counseling for those considering suicide, or advice that may be misconstrued.

The United States Constitution provides for the exercise of religion free of government interference. In the review of past court rulings, it appears that the court system is dedicated to upholding the doctrines set forth by our ancestors. To date, no case of malpractice liability against a church has ever been successful.

It appears that judges are reluctant to involve the courts in church matters. The reasons are complex and go far beyond constitutional violations. One of the criteria for malpractice claims is that there must be a defined standard in which to compare. For example, both doctors and lawyers have a professional standard that is universal across all members who practice these arts.

For standardizing religious organizations, this is a virtually impossible task. Since each religion is free to uphold its own unique beliefs, the possibility of creating a uniform code is unlikely. Furthermore, with a constitutionally defined separation of church and state the legal system is not likely to attempt such a feat.

A well-known Judge, who presided over just such a case in Nally vs. Grace Community Church of the Valley, was quoted as saying, “because of the differing theological views espoused by the myriad of religions in our state and practiced by church members, it would certainly be impractical, and quite possibly unconstitutional, to impose a duty of care on pastoral counselors. Such a duty would necessarily be intertwined with the religious philosophy of the particular denomination or ecclesiastical teachings of the religious entity.”

Nevertheless, America is a country where the law is constantly evolving. Malpractice insurance is a reasonable safeguard against this. The benefits extend far beyond simple protection from a successful malpractice claim. Lawsuits can be very expensive for a clergyman.

In the current state of affairs, people are turning to ministers more frequently for help with issues such as marriage problems, substance abuse, and financial worries. As the role of clergy as personal counselor increase, so does the potential for costly legal problems.

Malpractice insurance is a worthy consideration, as the cost is usually low. Most insurance companies offer it. Any policy a minister is considering should be checked thoroughly to ensure adequate coverage.