The Universal Life Church (ULC) offers ordination to anyone interested in becoming a minister. The ordination application is free, and there are no age, educational, race or gender requirements to become a ULC ordained minister. However, in most states there are legal requirements regarding the age a minister must be to officiate at a wedding. 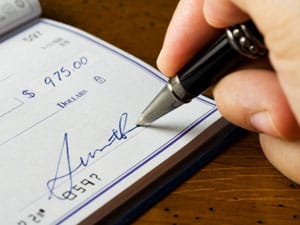 While a ULC minister doesn't have to give up his or her full-time job, or take a vow of poverty to be ordained, he or she can receive Ministerial Discounts on goods and services when they're offered. Many of these discounts are similar to those ministers of other denominations have received in the past, and still receive in some areas of the country. For example, an ordained ULC minister in San Francisco can ride the cable cars at no cost because of the work done by the Roman Catholic Sisters of Charity after the 1906 earthquake. Discounted train fares are often available to ministers. Although the era of discounted gas prices has ended for ministers, they can find savings on airfare and bus travel, both local and cross-country. Ministerial Discounts also may be available at department stores, restaurants or grocery stores, amusement parks, and many other businesses. A ULC minister is free to check in his or her own community to determine if there are other possible Ministerial Discounts.

A ULC minister is a private citizen in the eyes of the federal government, so he or she isn't exempt from paying taxes on all earnings. The only exception is if the minister has taken a vow of poverty, which requires that all personal property be turned over to the church, including the clothes on his or her back. In that case, any income he or she earns that is directly related to the performance of ministerial duties may be exempt from taxes.