Would You Baptize an Alien?

Discovering extraterrestrial life would certainly be a game-changer for humanity, but some people are refusing to let such a prospect shake their religious faith. On the contrary, they see it as an opportunity to share the "good news" of their own belief system with aliens. One Catholic priest has even announced he would welcome aliens with open arms before cleansing them of their sins. But how can one single faith which originated two thousand years ago on one planet be the only true faith for countless life forms across the cosmos?

A New Theology of the Extraterrestrial 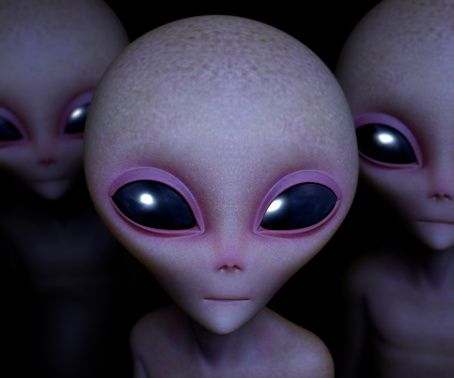 Since its days persecuting those who developed theories inconsistent with accepted dogma, the Catholic Church has come a long way, showing much greater openness to the possibility of extraterrestrial life. It is how Church leaders have handled the theological implications of life beyond earth that is of particular interest. What would the existence of an intelligent species on a planet revolving around a distant star say about the life, death, and resurrection of Jesus Christ a humble spiritual teacher from the planet earth? Would it dismantle the fundamental tenets of Christianity, or provide ample opportunity for interstellar missionary work?

Brother Guy Consolmagno, the pope's very own astronomer, is by no means disheartened by the prospect of discovering extraterrestrial life. In his book Would You Baptize an Extraterrestrial?, co-written with the Rev. Paul Mueller, the astronomer tackles the question of how Christian ideas of atonement apply to E.T. But it isn't a problem for Brother Consolmagno his own answer to the question posed by the book's title is a simple "yes", but "only if she asks". It might seem like a natural answer coming from a Jesuit scholar, but Brother Consolmagno is also a planetary scientist.

One Faith for Billions of Galaxies?

So, why would an acclaimed astronomer and a recipient of the prestigious Carl Sagan Medal suggest converting and baptizing extraterrestrials? Quite contrary to the cosmic view of creationists and other religious fundamentalists, he exhibits a deep respect for science, proclaiming that "God is reason", "[i]f you reject reason, you are rejecting God" and that space travel "is one of the thing that draws us all together". Although he does state he would never force baptism on an alien entity, he still implies that such a being needs to be baptized in the Christian tradition to atone for their sins.

One cannot shake the nagging feeling that, deep down inside, Brother Consolmagno clings to the belief that Christian baptism is the one, true path to atonement for every intelligent being in the cosmos. No matter how delicately expressed, such an attitude comes across as arrogant and self-conceited. How can we as human beings have more parts to the answer of spiritual enlightenment than an alien species millions of years older? If anything, it is we human beings who have much to learn from such an advanced race. Who are we to say that aliens should be washed in water because they are dirty with sin when they have probably contemplated, considered, and answered questions about the cosmos we have not yet even asked, and when so many other earthly philosophical traditions already challenge this view?

Religious scholars such as Brother Consolmagno defy the stereotype that people of faith are anti-intellectual and anti-scientific, and, importantly, they pose questions which challenge the traditional boundary between faith and science. And books like Would You Baptize an Extraterrestrial? provoke much-needed, earnest discourse on the topic. But if anybody thinks aliens need to be baptized, perhaps they should more closely consider what aliens might have to teach us about our own spiritual path.