Women and Religion in the New Egypt 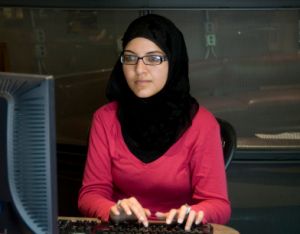 How will religion affect women in post-revolutionary Egypt? Will the interim military government set up a theocracy based on Sharia law, or a secular civil government that upholds the principle of sex equality? The reality is perhaps more complex than we imagine: while some Egyptian women cling to the doctrines and tenets of the Muslim faith tradition, others have demanded a revolution that includes the dismantling of the old patriarchal order. The truly important question is not whether women in general will play a role in their own fate (although this is crucial), but whether conservative and liberal women will arrive at a common resolution. For, if anything is true, it is that women especially mothers and daughters do not all share the same views.

According to a recent Bloomberg news article by Caroline Alexander and Mariam Fam, Egyptian women have been clashing with one another after a Tahrir Square protest in which women challenged Sharia law and demanded equality. Fatma Emam, a 28 year-old woman who attended the protest, was accused by her mother of trying to be a man. Her mother also threatened to disown her if she attended the rally. Emam described the generational difference between more traditional mothers on one hand, and daughters who embrace modern feminism and secular humanist philosophy: "[t]here are so many women who like me defied their families", she said, adding that "[t]he revolution is not only taking place in Tahrir, it is taking place in every Egyptian house. It is the revolution of fighting the patriarch."

Echoing Emam's observations, Alexander and Fam describe the precarious position of women during the current transition period, which may undo, or expand on, years of feminist achievements in the face of religious opposition.

Egypt has moved forward in some ways while stagnating in others. In 1957, it was the first Arab country to elect a woman to parliament, and it now has 64 parliamentary seats (created under Mubarak's regime) for women, but until 2000, a woman could not leave Egypt without her husband's permission, and until 1999 a rapist could escape punishment by marrying his victim. Thus, while the country may seem steadily progressive, it also shows signs of lingering tradition, and women like Emam's mother are likely to cling to such traditions, thus influencing the fate of Egypt's women.

In addition to this uncertain overlap of progress on one hand, and social stagnation on the other, Egypt remains more conservative than other democracies, although more liberal than other Arab countries. Most women still do not work outside the home, only 3 per cent of women in the workforce hold supervisory positions, divorced women are stigmatized, and women who remain single into their 30s are ridiculed as spinsters or pressured into marrying. In addition, hopes that secular democracy will prevail over right-wing religious fundamentalism seem tenuous. The most organized opposition group in the country contending for power is the Muslim Brotherhood. While the brotherhood claims to back democracy, it also backs Sharia law, and its members oppose having either a woman or a Christian as head of state. Some women support the brotherhood. 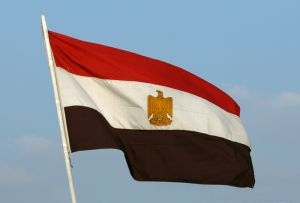 But these women are not always older even some young Egyptian women still support Sharia law, describing it as freedom-loving. According to 21 year-old Asmaa El-Erian, the daughter of a Muslim Brotherhood leader, Essam Al-Erian, "[t]he Islamic Sharia does not conflict with freedom and democracy". Essam added that while there should be more popular influence in government, the leader should always be male, because, in her mind, "men are more strict and firm". In addition, Essam supports polygyny (a single man having many female sexual partners), because "God has allowed" it and "it is not religiously forbidden". Her faith in the teachings of the Koran is unwavering: "[w]e cannot deviate from the basics of religion", she said, explaining that "[w]hen there are clear religious texts about certain topics, then you cannot open the door for negotiations". For Essam and other conservative women, government policy should derive from these fundamentalist religious doctrines, and these doctrines are simply not subject to reason or critical thinking they are to be accepted with blind faith, no matter what the consequences. The motivations of such women are uncertain, however. In a country where it is so easy to silence a woman for contradicting the prevailing ethos, we do not know whether such women honestly believe in Sharia law in their hearts, or are compelled to show loyalty out of fear of retribution.

Alexander and Fam cover several other issues relevant to religion and women's rights in post-revolutionary Egypt. These include lingering discrimination based on Sharia law, illiteracy among women, women's involvement in political demonstrations, violence against women (i.e. female genital mutilation), and declining female representation in Egyptian politics. Political barriers still exist as a result of notions about proper womanhood for instance, the notion that women are too emotional or too busy raising children to hold positions of power and leadership. The main question the article raises is whether or not, under a new democratic government, women will fall behind men, or make further headways toward equality and to what extent the outcome is their choice.

If the Egyptian revolution does have a ripple effect across the Middle East, then the new government's policies toward women will inevitably influence policies in other Middle-Eastern countries. Either way, the fate of women in Egypt seems to be hanging in the balance, and the outcome could depend on the attitudes of Egyptian women themselves. How do you feel about the state of women in post-revolutionary Egypt? Are they making progress, or falling behind? Should the views of fundamentalist Islamic women rule out, those of more progressive Westernized women, or a compromise between the two? Get ordained online for free and join the ULC Monastery Facebook page or our social network for interfaith ministers to express your thoughts.