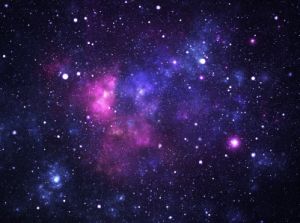 A Christian astronomer who sued the University of Kentucky for religious discrimination spoke with the Associated Press recently about his motivation for carrying out the lawsuit. Some scientists have argued that the man in question, Dr Martin Gaskell, has promoted religious perspectives in science and public education, but Gaskell has retorted that science is not incompatible with religion insofar as the former is shown to illuminate, rather than refute, the latter. Perhaps the most important question to ask in the present case is whether the scientific community has acted out of scientific integrity, or prejudice.

The controversy arose when Gaskell attended a job interview at the university and was asked about a lecture he had given on the relationship between Christianity and science. He suspected the questioning was politically motivated, but was not certain on this point until a few months later, when one of his colleagues told him that he had not been hired, and that the department he was interviewing with had sought counsel from the biology department on the issue. Eventually, Gaskell decided to sue the university on the basis of religious discrimination, but before the civil case could be decided in court, Gaskell agreed to a $125,000 settlement with the university.

Some atheists and mainstream scientists have defended the university's uneasiness over Gaskell's religious proclivities and how these might pollute the integrity of the science he would teach. The Canadian Press quotes Eugenie Scott, director of the National Center for Science Education, as saying that "[public research universities] can't discriminate based upon religion", but that they "can discriminate based upon scientific views", explaining that it is "perfectly legitimate to discriminate against a candidate based on whether that candidate's scientific views are acceptable to the discipline". Oxford University biologist and God Delusion author Richard Dawkins went a step further and suggested that discrimination on the basis of creed does have some justification. According to the Canadian Press, the celebrity atheist, who has reviewed the Gaskell case, reasoned that "[e]ven if a doctor's belief in the stork theory of reproduction is technically irrelevant to his competence as an eye surgeon, it tells you something about him", and that it is "revealing" and "relevant in a general way to whether we would wish him to treat us or teach us".

Gaskell challenged the rationale for rejecting candidates on religious grounds, insisting that science and religion are not necessarily incompatible and that the decision-making process should reflect this understanding. "That's one of the things that people like myself really want to counter: is this idea of some sort of incompatibility between religion and science", the Canadian Press reports him as saying to the Associated Press. Gaskell, who studies super-massive black holes and subscribes to the doctrines and tenets of the Christian faith while accepting the basic precepts of Darwinian evolution and the old earth theory, maintained that science can be a tool for shedding light on religious mysteries: "We believe that God has done things through the mechanisms he's revealing to us through science" the Press reported him as saying, and that there are "significant scientific problems" with evolution as well as "unwarranted atheistic assumptions and extrapolations" in mainstream science. 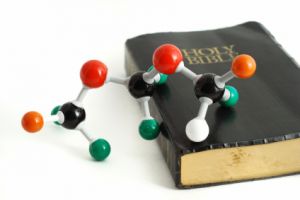 But was the university's decision to deny employment to Gaskell unfair? Prejudice consists of judgement fuelled by preconceived notions which may be inaccurate, and it certainly has no place within the scientific method; at the same time, scientists are obliged to winnow out any religious belief that does not withstand objective scrutiny. When confronted with new evidence, scientists are expected to make their hypothesis fit the evidence, not make the evidence fit the hypothesis, because the point of science is to confirm the nature of the external world, not re-affirm one's internal bias. What really matters is whether faculty members at the University of Kentucky denied Gaskell employment because his scientific approach to God, life after death, and other spiritual concepts could not be verified objectively, or because they simply did not like his beliefs. If they rejected his beliefs because they had already been discredited, and he provided no new evidence to warrant a change in this position, they are simply showing respect for scientific integrity; if, however, they refused even to consider his beliefs in the first place because of the exotic, mystical, or apocryphal nature of those beliefs, they are just being pigheaded and dogmatic.

It is unclear based on media reports exactly what the terms were for denying Gaskell employment in the University of Kentucky faculty the interoffice emails which served as court evidence are not circulating widely but we can still apply the above standards to future situations. Get ordained online and share your views on our Facebook discussion forum or our social network for interfaith, nondenominational ministers. Should scientists be open to considering a theological explanation for the nature and origin of the cosmos if such an explanation has not yet been tested and refuted?