Woman Banned From Church for Not Tithing 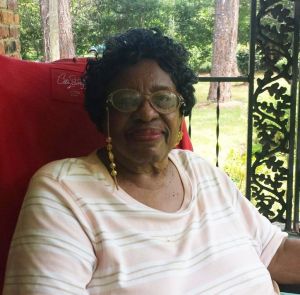 You may have heard in the news recently about a woman named Josephine King who has been banned from her church because she was not tithing regularly. The 92-year-old woman was informed through a written notice that because she was not contributing to the church properly financially or physically, she was not allowed to attend church at African Baptist Church in Bainbridge, Georgia anymore.

This notice, which was signed by the head pastor, has come after she has attended the church faithfully for over fifty years. Her nephew explained that she hadn't made as often lately due to health concerns, but that in the past she went regularly and contributed financially through tithing. Apparently, she is not the first person to receive a notice like this from African Baptist Church (ABC). Others have said they have also been asked not to return to the church after not tithing or contributing enough to satisfy the church leaders.

Tithing was discussed in the Old Testament of the Bible. It was seen as a way for farmers to provide goods for other believers that were focused on other trades or religious study. Though the New Testament does not set forth requirements on tithing, it is usually portrayed as more meaningful from a grateful giver than done purely out of a sense of obligation.

The origins of the practice suggest that the elderly member of ABC should not only been given consideration for her sudden inability to tithe, but rather that church resources probably should have been allocated to her in her time of need rather than going to the 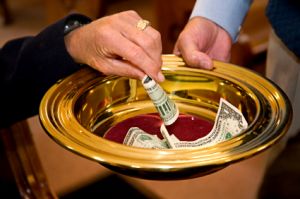 Sadly, some churches are run as profit generators, focusing on maximizing gains, and indeed there have been many financial gains. In 2012 investigators discovered that the Church of Jesus Christ of Latter-Day Saints (often referred to as the Mormon Church or Church of LDS) brings in about $7 billion annually through tithes and other donations.

Many past and current members of the Mormon Church are concerned at the lack of charity work the organization funds with their mountains of cash. They have no hospitals and very few schools, though Brigham Young University is widely respected. A surprising amount of funds go into money-making ventures such as real estate, ranching, and retail companies.

Other churches, like the Seventh Day Adventists, have a much better record with allocating their tithes to charitable causes that help the public, including non-members.

Many people have expressed surprise and disgust at the African Baptist Church's stance in banning the sick and elderly member. It has been accused of being a money grubbing organization as they cut ties with parishioners who have given willingly for years, and are later unable to function as the source of income that they once were. The ABC leadership is missing the mark on what the church is about.

A church is not like a mafia group that offers your soul immortal protection in exchange for cold hard cash. While it is a common practice for people to offer ten percent of their incomes to a church, it is not meant to be a requirement that determines whether or not somebody should be allowed to attend.

Different churches and different denominations have their own rules and regulations. The Universal Life Church does not take tithes from its members, nor are ULC ministers expected to require it of their congregations. So long as you are obeying all applicable laws, you are free to take offerings at your own church as a ULC minister. We also trust that you would not banish anyone who begins to fall behind on tithes as practiced by the African Baptist Church.

Live by Grace, Not Rules

A church needs to spend less time looking at the rules and spend more time loving others. When you claim to be a church, you need to look at what the right thing is to do. No matter your faith, an almost universal tenant is that it is wiser and more ethical to understand that 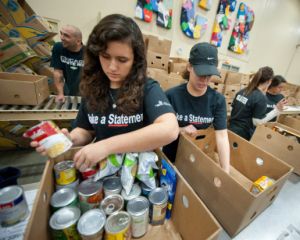 we all go through difficult times, and while rules serve their purpose, they should not get in the way of helping others.

When churches put priority on the rules over showing love and replenishing their communities, people stop attending. We see this happening all over the country as the number of people that claim to be spiritual yet do not align with a specific religious organization is on the rise. A large number of those that now identify with no religion were raised within a faith community, and chose not to carry on in the tradition into their adult lives.

Churches have been seen by many as lacking compassion to the divorced, unwed parents, sexual and racial minorities, and the poor. The last one in particular seems hypocritical given that faiths value helping those in need. The African Baptist Church should see that an elderly parishioner is no longer tithing as much as she had been, and asked her if everything was alright and if there was anything they could do for her. Sadly, the opposite occurred.