Saudi Women Fight for the Right to Drive 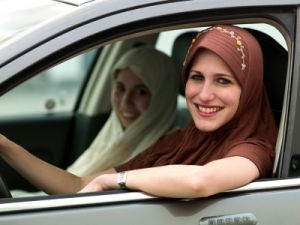 An unprecedented number of Saudi Arabian women are pressuring the government to repeal the ban on women driving, which has long been imposed on them by religious authorities who follow a strict interpretation of Islamic teachings and beliefs. At least fifty women risked arrest last Friday when they got in cars and began driving as a challenge to the ban, which in some cases has even restricted access to medical treatment for both women and men. Most voices on the issue appear to be supportive, yet there are still some traditionalists and cultural relativists who have criticized efforts at reform.

The protest is the largest of its kind in over two decades, and comes only weeks after a woman was arrested for posting a video of herself driving on Youtube. Manal al-Sherif spent nine days in jail before being released on the condition that she would never drive or participate in the Women2Drive campaign. The last time such a protest was held was 1990, when forty-seven women were arrested and severely punished for getting in cars and driving to protest the ban. Protestors are not stopping at driving rights, however they are calling on the Saudi government, a strict theocracy in which the monarchy derives much of its authority from fundamentalist clerics, to reform women's overall transportation and mobility rights. (To put things in perspective, Saudi women are not even allowed to ride bicycles.)

Already, the demonstration has been compared with other social justice movements. Some have drawn parallels with the nonviolent protests of the United States civil rights movement of the 1950s and 1960s, as well as the first-wave feminist movement of 19th-century America. In addition, the demonstrations have been compared with what many have started calling the "Arab spring", a resurgence of democratic activism in the Middle East driven largely by social media and social networking technology, since demonstrators have turned to the Web to mobilize likeminded people. The fact that al-Sherif used Youtube as a tool of protest, and that the Women2Drive campaign has its own Facebook page, shows the vital role social media have played in changing religious beliefs about women's rights, sex roles, and gender identity in places like Saudi Arabia. 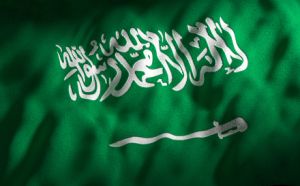 The driving ban has proved potentially detrimental to the health of both women and men. Incidentally, al-Sherif's video protest was not just a statement of principle she was actually driving to hospital to receive emergency treatment for advanced vitamin D deficiency resulting from lack of sunlight, due most likely to another restriction on women's freedoms the wearing of the full Islamic veil, which consists of an abaya and niqab. In another incident in 2003, a woman named Saba Abu Lisan transported at least seven people to hospital in her father's Mercedes Benz after they were critically wounded in a suicide bombing at a Riyadh housing compound. According to Somayya Jabarti of Arab News, the woman's actions saved at least one life. In light of these stories, it is hard to imagine supporting a law which potentially puts people's lives in jeopardy.

Of course, there are always naysayers in any social justice cause, and women's right to drive is no exception. Some traditionalists argue that women should depend on men to supervise them and take care of them because women are intellectually and physically inferior. If the driving ban is lifted, they worry, they will start abandoning the full veil, which is a sign of modesty. The natural response is: of course. That is the point. If women are allowed to drive to hospital, they might actually be able to receive treatment for the vitamin D deficiency they suffer from wearing the veil, and if they are allowed to abandon the veil, the rate of vitamin D deficiency among Saudi women would probably plummet. In other words, abandoning such customs might actually be good for a woman's health.

In addition to the traditionalist argument, cultural relativists argue that right and wrong are relative to cultural context. The problem with this view is that it logically undermines itself. It is impossible to say that there is no right or wrong, except for the statement that there is no right or wrong, without contradicting oneself and saying that there is a right and wrong. Besides, it might be argued that relativism itself is an imperialist belief being imposed on other cultures many of which do not share this belief as the only truth. In addition, all humans share certain basic physical traits despite cultural context. If a woman is suffering from vitamin D deficiency (or if a person is injured in a bombing, for that matter), it matters little what culture she lives in: her health will diminish, and she will suffer as a consequence, in basically the same way as a woman from Seattle or Stockholm. In such cases, the social benefits of a custom are not relative to cultural context, but are subject to universal laws of physics, chemistry, and biology. It is hard to imagine how a society can benefit from a woman wasting away from vitamin D deficiency, or a bomb victim bleeding to death.

Reforming Saudi Arabia's laws on women's mobility rights will be a daunting challenge. The monarchy's ties to religious fundamentalism go back at least to the middle 18th century with an alliance between Prince Muhammad Ibn Saud and Muslim cleric Muhammad ibn Abd-al-Wahhab, a decision which forged a close symbiotic relationship between political and religious rule. The influence of religious fundamentalism in Saudi politics was strengthened even more with the arrival of radical Egyptian Salafis in the 1960s. Puritanical beliefs are woven into the country's politics. 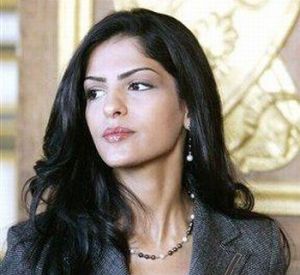 Despite the stranglehold religious fundamentalism has on politics in the kingdom, there are signs that Saudi royals are open to reform. Princess Amira Al-Taweel is already backing the Women2Drive campaign and has promised to participate in a women's revolution of sorts, while King Abdullah, has shown a similarly favourable attitude: since ascending the throne in 2006, the first woman minister has been appointed and women have been granted permission to travel abroad without a male guardian (granted the police are notified), start a business without hiring a male manager, and join their male colleagues in the lecture halls at the newly-opened Abdullah University of Science and Technology. In fact, a cleric was dismissed for issuing a fatwa against the ruling. So, while women have far to go in this conservative desert kingdom, there are encouraging signs that change is afoot, and that the "Arab spring" is now also a women's revolution.