Why Colleges Are Installing “Plan B” Vending Machines

Colleges have begun using an unconventional (and controversial) strategy to expand access to contraceptives on campus: vending machines. Earlier this month, Stanford University followed in the footsteps of several other prominent California schools when it introduced a new vending machine stocked with the morning-after pill (commonly referred to a Plan B).

Student groups cheered the move, calling it a positive step toward making contraceptives easily accessible for everyone who needs them. However, not everyone was pleased by the news. Among those in opposition are prominent conservative Christians who see the vending machines as a "get out of jail free card" for irresponsible promiscuity. 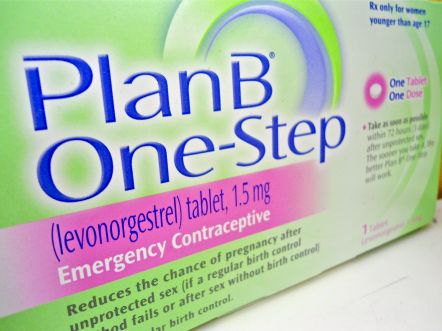 What is Plan B?

Plan B is an emergency contraceptive used to prevent pregnancy after unprotected sex occurs. As one might imagine, the pill is quite popular among college students a group known to be both sexually curious and severely lacking in foresight. However, the university-run health clinics which carry Plan B often have limited hours on weekends or are closed entirely. As it happens, that's also when demand for the Plan B is the highest.

And thus was born the idea to make the product more accessible to college kids. Initially, school officials proposed selling it in university book stores. But that idea was shot down because many students reported feeling stress and embarrassment when forced to buy Plan B from someone face-to-face. The solution? Sell it remotely, through a vending machine in a discreet location on campus. That way students have 24/7 access to the pill and avoid potentially being judged by their peers.

Despite being hailed as a "revolutionary" idea by its supporters, some groups are skeptical of the Plan B vending machines. Conservative Christians are particularly appalled at the notion of young people buying contraceptives with such ease. In their view, these vending machines will incentivize "immoral" premarital sex by giving students an easy out. Forget to use a condom? No worries, just head down to the basement and buy the morning-after pill!

The famous evangelist Franklin Graham had this to say when UC Davis first introduced the vending machines on their campus back in April:

Why Vending Machines Could Be a Good Thing

Supporters of the vending machines scoff at the notion that their installation will result in a breakdown of the moral fabric on college campuses. If anything, they say, improved access to Plan B will have positive effects. Consider its potential effect on abortion rates, for example. The morning-after pill prevents pregnancy by stopping fertilization before the pregnancy takes hold thus preventing young women from ending up with unwanted pregnancies. Since many of these women would likely seek abortion services in the event of a pregnancy, Plan B may actually help prevent abortions.

If Christian groups are really pro-life, supporters argue, they should embrace these vending machines wholeheartedly.

Support for the idea has been growing across the country, and as many as 30 more universities have recently announced plans to install vending machines of their own. If the project continues to prove successful, Plan B could soon be readily available in student recreation centers across the country.

What do you think -- is that a good thing?