Proof of Life after Death? 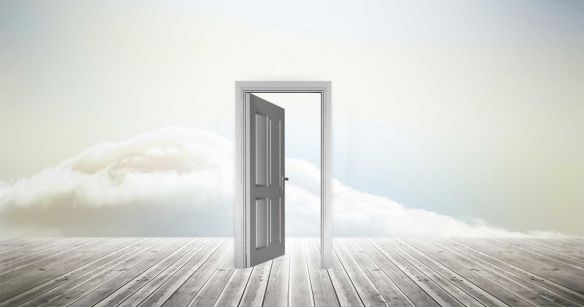 In a recent broadcast of the U.S. morning news and talk show Today, radiation oncologist Dr. Jeffrey Long discussed his new book, Evidence of the Afterlife: the Science of Near-Death Experience, and argued that his research provides convincing evidence of the existence of an afterlife. Stories of near-death experiences, he explained, are so consistent and predictable that consciousness probably does continue to exist in another dimension after the brain dies. If Long is correct in his claim, the current scientific paradigm on the relationship between the body and the mind would require extensive changes.

What makes near-death experiences (NDEs) such convincing evidence of life after death, Long says, is the fact that they are so consistent across age groups and cultures. Long cites nine "lines of evidence" to confirm the reality of NDEs. One of these lines of evidence is the claim that people who have been blind since birth gain the ability to see during their near-death experience. These visual impressions, he points out, are not fragmentary or incoherent, but complete and well-ordered they are also similar to visual impressions that other people have in other near-death experiences. In addition, he said, the NDEs of children under the age of 5 are "absolutely identical" to those of older children and adults.

Many mainstream scientists have disputed these claims. One opposing argument, called the "dying brain hypothesis", comes from psychologist Dr. Susan Blackmore. Paraphrasing Blackmore, Christian apologist Dinesh D'Souza sums up her hypothesis in his book Life After Death: the Evidence. According to the hypothesis, while the brain deteriorates, it continues to generate images in an attempt to reconstruct a convincing reality based on memory patterns. For Blackmore, the dark tunnel with the bright light at the end results from the constriction of the visual pathway; chemicals such as endorphins and other opiates, which are released under stress, explain the feelings of joy, peace, and love; finally, the tunnel and lights together are the result of hallucinations created by an oxygen-deprived brain cortex. In addition, states the hypothesis, the sense of being out-of-body results from a breakdown in the sense of the body's location, the life review is a consequence of the brain's memory systems trying to assemble themselves as they fail, and images of deceased relatives are the result of these same struggles within the memory systems. Finally, the sense of timelessness is created by a self that has abandoned all conventional and familiar notions of time and space (p. 71).

Others have challenged these explanations, offering further support of research such as that conducted by Long. According to Dr. Sam Parnia in his book What Happens When We Die, Blackmore's claim that the visions are created by an oxygen-deprived brain cannot adequately explain all NDEs. The reason for this is that many people experience NDEs immediately before a violent physical injury, so the NDE's visions cannot possibly result from oxygen deprivation occurring after an injury. For example, some people who have been in car accidents report having NDEs immediately before the actual collision, thus oxygen-deprivation resulting from the collision cannot explain such visions. In addition, some people who are terminally, but not critically, ill have had NDEs, and oxygen deprivation is not occurring in these people. Conversely, Parnia notes, patients suffering from oxygen deprivation do not experience NDEs (pp. 19-21). So oxygen deprivation probably does not explain the visions which characterize NDEs.

D'Souza gives his two cents' in response to Blackmore's hypothesis. While Blackmore acknowledges the similarity of NDEs, she attributes this similarity to the fact that everybody has a similar brain, similar hormones, and a similar nervous system. However, D'Souza points out that if the consistency of NDEs results from the physiological similarities of human beings, then everybody would be having NDEs when they die. But they do not. In addition, he argues, dying brains typically produce disorientation and faded, incoherent memories, unlike the lucidity and vividness of typical NDEs. So perhaps Long is correct in attributing the consistency of NDEs to an actual, external phenomenon, and not to physiological mechanisms. In addition, D'Souza states,

If NDEs are the result of a dying brain, then a breakdown of mental faculties has already taken place; but most people who report near-death experiences are living normal lives. So how have their brains reversed the dissolution and gotten all their normal perceptual faculties back? Blackmore has very little to say about any of this.

Finally, D'Souza explains, Blackmore's hypothesis about a dying brain does not explain how clinically dead people can know about things that seem to occur outside their range of perception. For example, how can a dead woman somebody whose brain shows no activity know exactly what the doctors are saying, word-for-word, if these experiences are the result of a brain that is still in the process of dying (p. 72)? Blackmore, he points out, has had nothing to say in response to this except to say that she does not believe the patients are dead when they are having these experiences she believes their brains are still dying; however, doctors such as cardiologist Pim van Lommel routinely confirm in hospital records that these patients did not have any brain activity when they had these experiences.

If true, the claims of researchers such as Long would have enormous implications for our

current understanding of the relationship between the brain and consciousness. Perhaps consciousness is not an epiphenomenon of the brain; rather, the brain may serve as a sort of transceiver for consciousness, somewhat like a radio. The brain becomes a piece of hardware, and the information it receives, the software. When the station is changed, the reception becomes distorted, but the performance itself being broadcast from the concert hall remains intact.

Dr. Long's research probably does not prove the existence of consciousness beyond brain death, but, in combination with the body of thought and research tendered by others such as D'Souza, Parnia, and van Lommel, it does provide a convincing argument for the likelihood of consciousness beyond brain death. There are many fascinating new theories to account for this possibility non-locality, the Heisenberg uncertainty principle, multi-dimensionality, and recent discoveries in quantum mechanics in general and how this interfaces with human evolutionary biology. But, of course, we would like to know what you think, whether you are a skeptic or a believer. Do Long and others like him offer a persuasive case for life after death?