Salem Witches Reach out to Community 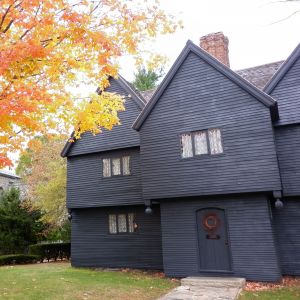 Once the site of a witch hunt resulting in the tragic deaths of over twenty people (some died in prison), the town of Salem in the U.S. state of Massachusetts has now become a haven for modern-day witches who have re-settled there in an attempt to reclaim their heritage. The outcome of this effort has been the creation of the Witches Education League, the aim of which is to educate the community and dispel harmful myths about witchcraft.

The W.E.L., which recently received nonprofit status, is the result of a merger of two local groups, the Witches Education Bureau and Pagan Witches Protection. The new organization will continue to host many of the events celebrating occult and pagan magical traditions which were originally hosted by the former two. One of these events is the W.E.B's annual "ask a witch, make a wand", in which local witches teach children how to make magic wands at Samhain (Halloween). (And, no, they don't eat the children afterward.) The W.E.L. will also attempt to reach out to witches and their allies beyond the Salem area.

Members of the organization have explained its purpose in their own words, emphasizing the importance of interfaith dialogue between witches and non-witches. Sean Teehan of The Boston Globe quotes the W.E.L.'s vice-president, Teri Kalgren, as explaining the intent of the organization: "We're not eating babies or drinking blood", he quotes her as saying, adding that the organization promotes "a better understanding of what witchcraft is" an ancient pagan religion which teaches reverence for nature and the environment. Mirroring this sentiment, a recent W.E.L. press release stated that "[t]here are many untruths about Witches and the craft, born out of hate, fear, or other issues causing these untruths to flourish and grow through the centuries" and that "W.E.L. encourages all to ask their questions and to learn about one of Earth's oldest religions". The organization also hopes to shed light on injustice against witches: Teehan quotes Kalgren as saying, "[t]here are still places out there where people do lose their jobs and have their kids taken away" because they practice witchcraft. It is through such efforts that the organization hopes to change the minds of people who still base their opinions about witchcraft on horror films such as Wicker Man and other products of popular culture. 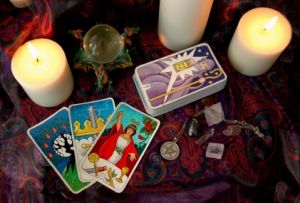 Public relations and community outreach campaigns are crucial for witches, pagans, Wiccans, and other practitioners of earth-based religions, since persecution of witches or people perceived to be witches is still a problem in some societies. According to The New Indian Express, for example, a 17 year-old girl in the Indian state of Orissa beheaded her elder sister's 60 year-old mother-in-law for casting a spell on her family which, the girl believed, caused her and her father to fall ill and the girl to fail her matriculation exam. (In fact, many spells are cast for healing or protection purposes.) What is perhaps most disturbing, and most ironic, about such cases is that the real victim seems to be the accused, not the accuser, and it is antagonism towards witchcraft, not witchcraft itself, which is driven by a harmful, irrational superstition; there is little, if any, evidence that the community is being cursed by a witch, but we do know that people are being punished often cruelly for crimes that have not even been verified. It is for this reason that education and outreach is crucial for the integration of witches into society, not just in the West, but around the world.

But Salem is a world away from Orissa, and organized efforts at education remain underdeveloped in many rural parts of Africa and Asia, hence it will be an uphill struggle to reach out to victims of persecution in less accessible parts of the world. Of course, that does not mean we should not persist, and this is why groups like W.E.L. are so instrumental. Indeed, the mission of the nondenominational Universal Life Church Monastery is to nurture solidarity among different faith groups with the understanding that we are all children of the same universe. After all, the sole doctrine of the church is to do that which is right, so long as this respects the rights of others and is within the law. Given the prejudice that witches have had to face, we want to hear about your experiences with witches and members of the pagan community. What have you learned about this ancient tradition, and how have your opinions changed as a result?

Learn more about witches, pagans, druids, and other followers of earth-centered beliefs and practices by visiting our Guide to Divinity. Alternatively, you can join our Facebook discussion forum to share your thoughts and stories.