What the Growth of “Nones” Means for the ULC Monastery 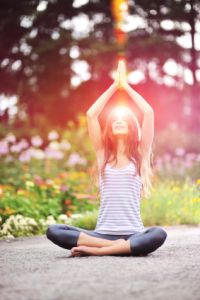 Much has been made in the media lately of the rise of the "Nones", but are Americans really becoming secular as quickly as news outlets suggest? Results of a new survey confirm this view, claiming that religious affiliation is undergoing an increasingly dramatic decline in the United States while the level of spirituality seems to have remained stable. The trend, however, does not necessarily spell the end for nondenominational online churches like the ULC Monastery, which may fill a gap left by the decline of traditional churches.

The survey, called the General Social Survey (GSS), is a biennial poll funded partly by the National Science Foundation and conducted by the National Opinion Research Council (NORC). Sociologists Mike Hout and Claude Fisher of the University of California, Berkeley, and Mike Chaves of Duke University analyzed the survey data and found that the percentage of Americans who identify as religiously affiliated has dramatically decreased in recent decades. According to them, the number of Americans who identified as unaffiliated with a religion was only 5 per cent in 1930, and this number had only grown to 8 per cent by 1990. However, between 1990 and 2012, the figure jumped to 20 per cent. 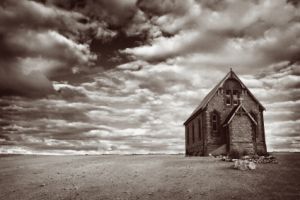 It should be pointed out, however, that the GSS survey results do not mean fewer Americans are spiritual they simply mean fewer Americans associate themselves with traditional, organized religion. Hout and Fisher distinguish between the survey categories of "no religion", which means lack of association with a religion, and "atheist", which means lack of belief in a god. It turns out only 3 percent of Americans are atheist according to the latest results. The implication is that fewer people will have reason to become a minister, since there will be a steady vacation of brick-and-mortar churches and sustained growth in personal spiritual pursuits.

The growth of the Nones, as reflected in renowned surveys like the GSS, is dramatic indeed, but it does not necessarily entail the demise of online ordination or churches like the ULC Monastery. When a church embraces people of all religious (and non-religious) traditions and offers them an equal seat at the table, it becomes a more egalitarian, welcoming place for those leaving behind the hierarchy, dogma, and divisiveness of orthodox religion. As more people pursue their own spiritual paths, we can expect to see a growing role for the online