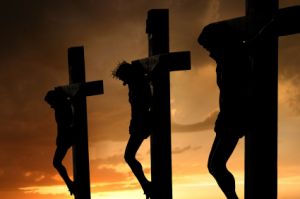 Despite its strict adherence to age-old dogma, the Roman Catholic Church has been home to some rather iconoclastic men (and women) of the cloth. The rebel Catholic organization Womenpriests

has been challenging the Church's stance on women in leadership roles, and now a priest recently expelled from the Church has suggested that the story of Christ might be nothing more than legend. This latest challenge to church orthodoxy further illustrates the pressure being placed on the Church to adapt to a modern society that increasingly values science and reason over faith and tradition.


Father Peter Kennedy expressed his belief that the story of Jesus is a fable after he was dismissed by the church for similar unorthodox beliefs and practices. In particular, he has supported women leaders and same-sex relationships: not only did he give women leading roles in reading the homily during his tenure in the Church, but he routinely blessed sacramental same-sex unions. Such practices posed a problem for the Church, which has traditionally reserved leadership roles for heterosexual males, viewing women as subservient to men and homosexuality as an abomination against God, given that it does not result in offspring. After his dismissal from the Church, Fr Kennedy finally revealed to the press his views about Jesus Christ.


Like his attitude about women and gay people, Fr Kennedy's theology about Jesus and divine incarnation shows signs of rationalistic thinking and healthy criticism of ecclesiastical tradition. He tells Miranda Forster of The Sydney Morning Herald that the story of God incarnating as a human being to sacrifice himself for human sins, only to rise from the dead, is probably inspired largely by myths about "dying, rising God-men" or avatars found in pagan religions which preceded the Judeo-Christian faith tradition and served as a sort of template for it. (Apollo, the Greek sun-god, and Mithra, the Zoroastrian deity of covenant and oath, are both supposed by some to be human incarnations of the divine.) In fact, Fr Kennedy suggests, Jesus probably did not exist: "There is no corroborating evidence for the existence of a person called Jesus", he says. Jesus the son of God, he explains, might be an archetype or metaphor probably for spiritual trial, sacrifice, and ultimate triumph.


Fr Kennedy does not identify as an atheist, however. Rather, he views God as a distant entity that does not intervene in human affairs, largely because of the fact that evil exists:


"It's true I've given up on that sort of a God, that sort of a 'being' that sits up there in heaven somewhere and intervenes in human affairs", he tells Boyle, adding that "[i]f you believe in a God that intervenes into human history [sic]why didn't God intervene in the massacre in Norway? Whatever God is, God is not that sort of God, obviously". In other words, for Fr Kennedy, the fact that evil is allowed to exist precludes the possibility of a god, Providence, or higher powerwhich protects human beings from evil out of benevolence. At the same time, however, this leaves open the possibility that there exists a deity which allows the possibility of evil occurring in order to fulfill some greater purpose, such as forcing human beings to take personal responsibility for one another. 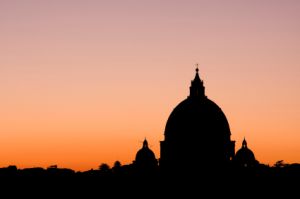 There seem to be a growing number of spiritual-minded people like Fr Kennedy who have become ordained as priests only to contradict centuries-old dogma about the nature of the universe, God, family, love, procreation, and salvation. More and more Roman Catholics are starting to do the same and think for themselves, especially in light of the child abuse scandals that have forced them to question the moral authority of their own church. The Vatican as it currently exists will probably last for some time to come, but unruly forces springing forth from within the priestly classes, as well as revelations about church cover-ups, will inevitably force it either to adapt, or to crumble apart. At the same time, however, it seems overblown to wholly dismiss the Catholic Church's potential for good, and we might acknowledge the ways in which the Church teaches us to treat our fellow human being with dignity and respect especially by giving to the poor and needy. The ultimate question is how far the Church will go in reforming its theology and extending its charity to women, gay people, and other members of the historical underclass.


Share your thoughts. What do you think about Fr Kennedy's unorthodox practices and his theology concerning the existence and divinity of Jesus? Is it too much too soon, or do you wish to see more priests "come out of the closet", as it were, and challenge the long-cherished teachings of the Holy See and other Christian denominations?